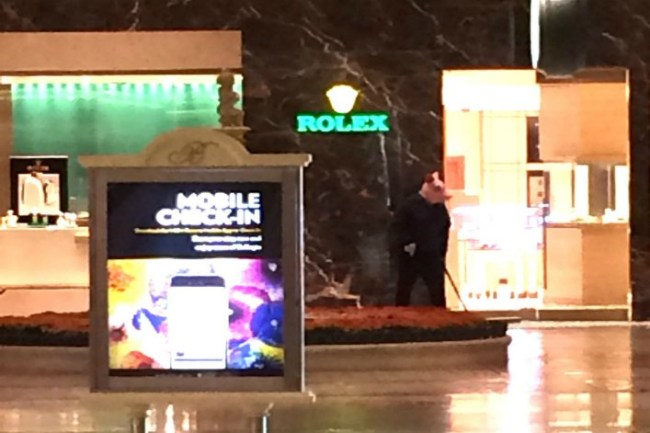 Around 12:50 a.m. on Saturday, there was an armed robbery at the Tesorini jewelry store inside the Bellagio Hotel and Casino. The store was closed at the time, but the four bandits had guns and sledgehammers in the smash-and-grab theft. There are reports that gunshots were fired, which caused a lockdown and panic amongst those at the Bellagio, but nobody was injured. The robbers were dressed in all black and wore animal masks, including a white cat, a panda, and a pig. Well, Mr. Pig was caught and he has revealed some details of the bizarre Las Vegas heist.

Sebastian Gonzalez was wearing the pig mask during the burglary and he was the only one caught by police after the heist. He was arrested in a casino parking garage, while the other suspects fled. According to a Metro Police report, the 20-year-old man took off his mask and tried to hide in the parking garage because he didn’t want to run anymore. Chubsies should have thought about the cardio that might be involved when committing an armed robbery. If that wasn’t bad enough, Gonzalez was forced to wear the pig mask because the other robbers thought he was fat. That’s no way to build the confidence of your colleague.

Gonzalez told police that he was forced to participate in the robbery or his family would suffer the consequences.

From the Las Vegas Sun:

Gonzalez, who was born in Los Angeles, told police he traveled from Mexico City to Las Vegas under orders from men who threatened to harm his family if he didn’t participate in the heist, according to the report.

Gonzalez said he was provided with fake ID and that the group was given masks, phony guns and ear pieces through which they would be instructed on which business to target, the report said. He said they were told to take high-value watches that would be sold in Mexico for $2 million, according to police.

The getaway plan involved heading to California by bus and then on to Mexico, police said. But the group’s escape from the casino was thwarted after someone saw the masked men run into the casino and grabbed the keys out of the getaway car in the garage, police said.

That’s some story. However, it appears that Gonzalez doesn’t always tell the truth. When police first interrogated Gonzalez, he indicated that he didn’t speak English, but later on he was speaking “competent” English.

Gonzalez will appear in court on Wednesday and faces felony conspiracy, burglary, attempted robbery, and deadly weapon charges. Gonzalez is expected to have an attorney appointed to represent him at that time. 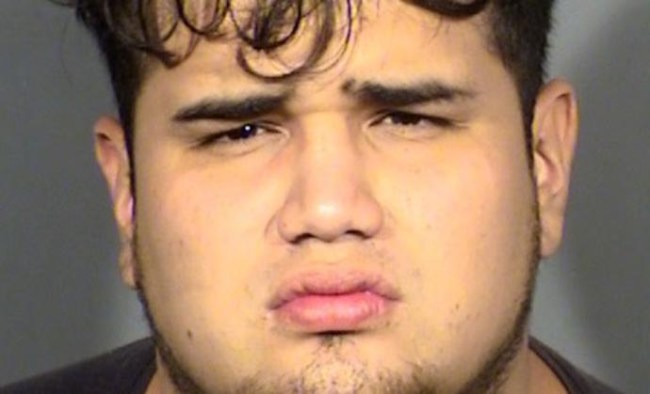