Scientific Study Says The More Weed You Smoke The More Likely You Are To Be A Loser *Cough* What? 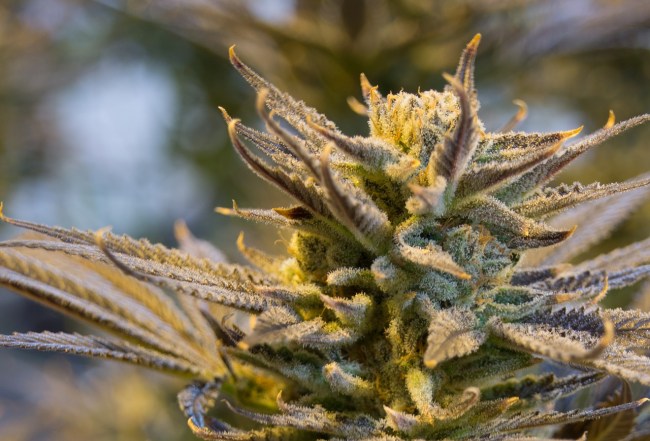 If you smoke a shit-ton of weed and maintain healthy relationships and are motivated to not only keep your job, but to also excel then you will probably vehemently disagree with this scientific study. If you are 37-years-old and have been working part-time as a barista for the last 10 years as you haven’t moved out of your mom’s basement ever because you’re too busy working on winning the air guitar championships and writing SpongeBob fan fiction, then this study probably has some more credence thanks to your situation. A research study conducted by an international team of researchers led by Magdalena Cerdá at the University of California, Davis, Health System, and Avshalom Caspi and Terrie Moffitt at Duke University, found that people who smoked a good deal of marijuana were more likely to be losers.

The extensive study followed children from birth up til the age of 38-years-old, and researchers discovered individuals who smoked pot four or more days of the week over many years ended up in a lower social class than their parents, with lower-paying, less skilled and less prestigious jobs than those who were not regular cannabis smokers. These regular and persistent users also experienced more financial, work-related and relationship difficulties, which worsened as the number of years of regular cannabis use progressed. Yeah, but the potheads can quote every line from A Very Harold & Kumar 3D Christmas, so that should count for something.

Long-term users of marijuana who smoked up on the reg had much more economic and social problems than that of those who did not blaze up or were casual users. The weed-lovers faced socioeconomic problems in childhood, lower IQ, antisocial behavior and depression in adolescence, higher levels of impulsivity, lower motivation to achieve, criminal conviction of cannabis users, and abuse of alcohol and hard drugs.

“Our study found that regular cannabis users experienced downward social mobility and more financial problems such as troubles with debt and cash flow than those who did not report such persistent use,” Cerdá said. “Regular long-term users also had more antisocial behaviors at work, such as stealing money or lying to get a job, and experienced more relationship problems, such as intimate partner violence and controlling abuse.”

“These findings did not arise because cannabis users were prosecuted and had a criminal record,” said Avshalom Caspi, a psychologist with dual appointments at Duke University and the Institute of Psychiatry at King’s College London. “Even among cannabis users who were never convicted for a cannabis offense, we found that persistent and regular cannabis use was linked to economic and social problems.”

“Our research does not support arguments for or against cannabis legalization,” Cerdá added. “But it does show that cannabis was not safe for the long-term users tracked in our study.”