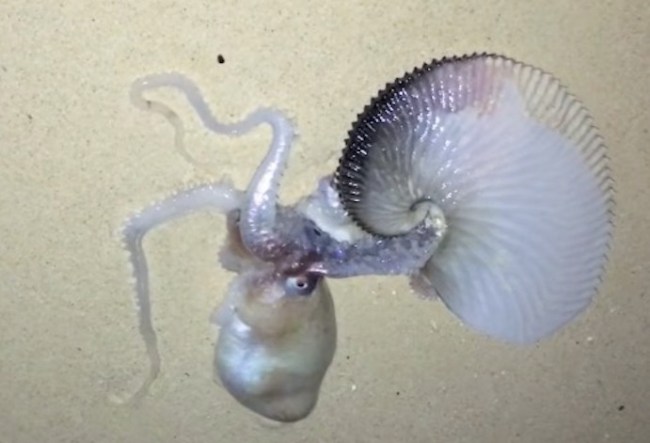 There aren’t a whole lot of bizarre sea creatures out there in the ocean which I haven’t at least seen on TV or the Internet, so I was shocked to learn about the argonaut earlier.

The argonaut is also known as the paper nautilus, and it’s a type of pelagic octopus. Pelagic meaning that it’s an open ocean creature that swims all across the deep-water oceans on the planet, like a Marlin, Swordfish, or Mahi Mahi. So, the chances of this sea monster washing up on a beach in Hawaii are exceedingly rare given that it’s most likely to die at sea and be eaten by a sea turtle or some other creature long before it winds up on the sand.

A person named Tiphareth Aquarian (yes, that’s a real name) found the paper nautilus on Lanikai Beach in Oahu, Hawaii and shared the video with KHON: 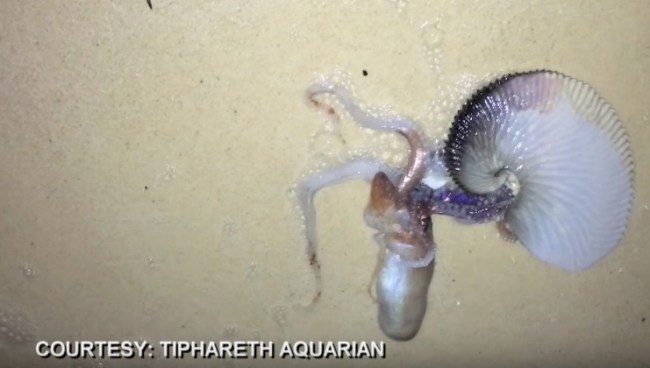 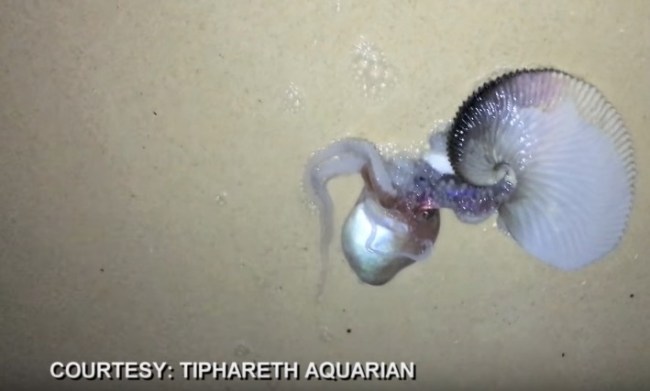 Just look at this freakish creature and tell me that’s not a legit alien. You’d think that paper-looking fan attached to the octopus helps to keep it floating along out there in our world’s deepest oceans. In reality, according to Grind TV it is a shell that female octopus of these species uses to protect their eggs at sea.