11 Telltale Signs That You Might Actually Be A Douchebag 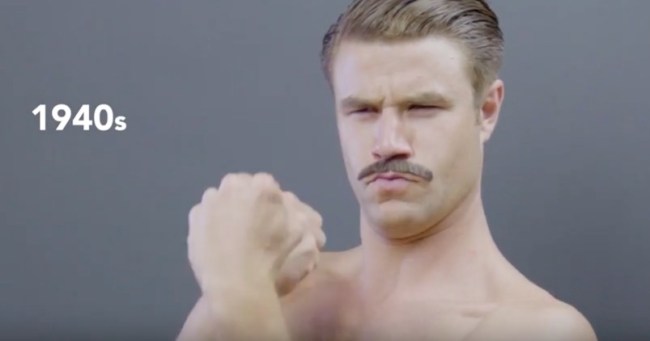 Everybody knows the world is filled with douchebags, but nobody thinks that they themselves are douchebags. That is what philosophers like me call a paradox.

That means that there are thousands, millions, perhaps even billions of douchebags walking the earth and not even knowing what they are. That is what Shakespearean types, like me, call a tragedy.

Fortunately, for you, I have been studying the douchebag all my life. Some would even say every time I look in the mirror, I am studying, but let’s not get into that. After a lifetime of research, I have discovered that there are ways that you, the common douchebag, can recognize your true self. Don’t even try to argue, because this is science, and what science and scientists like me all say is that these are eleven indisputable signs that you might, indeed, be a douchebag.

Let me amend this: you DM random girls with the intention of either showing them your dick or asking them to show you their lady dicks. This is not cool, bros, not cool at all. The best case scenario in 99.9% of all unsolicited DM dickings is that she ends up saving it and then laughing about your tiny dick with her friends. And that’s the best case. Just ask Brett Favre.

The worst case? You make her feel incredibly uncomfortable, fuck up her trust in men… and then she publicly sells you out and everyone in the world laughs at your tiny dick. Again, just ask Brett Favre.

You’ve Ever Lectured Someone About EDM

EDM, in case you are blissfully unaware, is Electronic Dance Music, and everyone knows that one douchebag who spends waaaaay too much time extolling its virtues, treating it like a religious experience and telling the same story about the time they did MDMA at Electric Daisy Carnival and saw God in the pasties on some girl’s tits. Only you weren’t there so you wouldn’t get it, and that’s why they need to preach about it to you for the length of an entire party. Anyway, if any part of this sounds like something you would do, or have already done, then yes, you are a douchebag. Sorry.

You’ve Ever Said “You Do You.”

Look, there are certain phrases that just immediately mark you as a douchebag, phrases so cringey and devoid of original thought, like they were pulled straight out of a middling advertising campaign aimed solely at douchebags, and every time you use one, an angel dies, Satan and the terrorists triumph, and your poor mother weeps.

“You do you,” is one of the biggest of these douchebag phrases, and if you have ever used it, in any way, in any context, then you are a douchebag of the most shameful order. But, whatever, bro, you do you.

Being a yoga bro is suspect enough. By itself, it doesn’t mean you’re a douchebag, but, well, a lot of the signs are there. If you actually wear Lululemon clothing, though, well, I’ve got some bad news for you.

Look, no one wants to see a dude in yoga pants. No one wants to see those infamous leggings hugging your ass, and goddamn you for even making me have that mental image right now, and for making me give it to everyone reading this. You goddamn douchebag.

I’m not really talking about a dude just dicking around with his guitar all by his lonesome (not a euphemism, I swear.) I’m talking about that guy. You know the one. He shows up and serenades everyone with his tender acoustic stylings because he’s the most sensitive man in the world and all the women will love him and blah, blah, blah.

Not only is that dude a douchebag, but those women who all “love” him think he’s weird and creepy and laugh at him behind his back. So at least you have that going for you.

You Use Text Speak in Real Life

Sorry, I mean IRL. These are the idiots who walk around actually saying “LOL” and “JK” in real, actual human conversations. There’s not much to say here, because the douchiness is self-evident. Use your big-boy words, you cretins.

You Are Super Passionate About Any Of The Following: Crossfit, Veganism, Environmentalism

Look, none of these are inherently bad in themselves. But, like with most things, all the goddamn people ruin it. They are just all so insufferably self-righteous and smug, like they’ve discovered some master secret and now they’re going to lord it over you. I hesitated to include environmentalism here because, let’s be honest, that is very important, but lately it seems like the True Believer types (you know exactly what I mean) have taken over the cause and, well, that’s the road to douchebagistan, friends. Again, I’m not saying you’re a douchebag if you’re into any of these.

What makes you a douchebag is when you make it a critical aspect of your personality. But, whatever, you do you.

You Use “We” When You Really Mean “You”

I’ll admit, that’s kind of confusing, so I’ll give you an example: “How are we feeling today?” Or “What are we thinking this morning?” Ugh. This is commonly seen in the sort of companies who make a big point of “valuing” their employees’ feelings, only it comes across as pandering and paternalistic, the sort of thing developed my marketers and focus-group types. No one likes to be treated like a kindergartner as an adult. Well, except for a certain segment of our millennial friends, but that’s a whole new level of douchebag, and I’m not opening that can of worms here.

Again, totally cool to be any of these things. But you have to actually, you know, BE those things, which isn’t the same as putting a bullhorn to your mouth so you can announce to the world how much you care. Special douchebag points if you use “caring” as a weapon, as a way to attack anyone who disagrees with you and doesn’t fit your version of utopia. That isn’t progressive, man. That’s just fascist. It also makes you a douchebag.

Don’t try to argue with me here. Just don’t. I know there are people reading this right now who are preparing their standard “This is why I don’t tip” argument, but I don’t want to hear it. I’ve heard it all. We’ve all heard it all. And each and every argument for not tipping basically comes down to the same thing: you are arguing for your right to be a douchebag.

I won’t get too into why you should tip. You should already know better. However, I do want you to imagine, for a moment, being an exhausted single mom, working on her feet all day for below minimum wage, hustling to get assholes food and coffee or whatever, who are just going to bitch at her and treat her like a goddamn indentured servant if everything isn’t exactly to their liking. You can’t just be cool and throw a couple of bucks down on the table for her and her swollen ankles?

If your response to this is “It’s not my fault she didn’t make better choices and do something better with her life,” then congratulations, you’ve just successfully argued that you are a massive, massive douchebag.

You Are This Guy 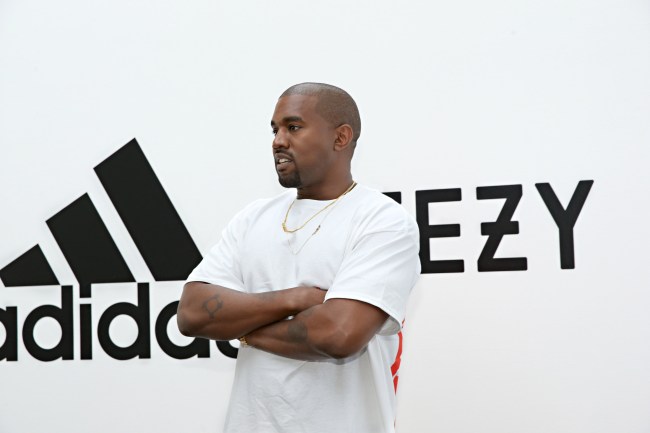