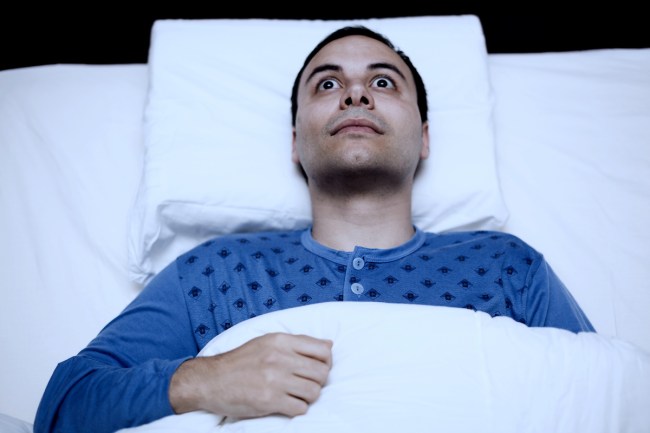 Are you looking for a completely random topic of conversation to bring up the next time you’re hanging out with some friends? Of course, you are. Everyone is. We all know that once talk of what shows you’re all runs out of gas, it’s a race to the death between someone bringing something else up and uncomfortable silence.

So here you go, friends. Did you know that people waking up from a coma speaking a foreign language is an actual thing? Yeah, it’s true. It’s called bilingual aphasia and this condition supposedly occurs when one area of the brain that learns a language is damaged while another remains untouched. Michel Paradis, a neurolinguist at McGill University in Montreal, says that this happens so much it doesn’t surprise him.

Well, it surprised the fuck out of me so I went looking for some cases.

Michael Boatright, a 61-year-old Florida man, was found unconscious in Palm Springs, California hotel room in 2013. He was brought to Desert Regional Medical Center and four months later, he woke up. However, he had no idea who he was, and on top of that, Boatright spoke only Swedish. He also called himself Johan Ek, despite all his documents saying he was born in Florida as Michael Boatwright.

“‘The guy Michael — it wasn’t me. I’m still Johan,’ he said through a translator. Boatright/Ek had lived in Japan and China, but had also visited Sweden. Doctors, who diagnosed the case as  “transient global amnesia in a fugue state,” said it could have been brought on by a traumatic event.

You know, like waking up in a coma in Palm Springs, speaking an entirely different language.

A Croatian Teen Wakes Up Only Speaking German (Kind Of)

In April of 2010, Dujomir Marasovic, a teenager from Croatia, mysteriously fell into a 24-hour coma. Well, mysterious to them. She lives in fucking Eastern Europe. Shit is weird over there. Just like her 24-hour coma.

Anyway, she woke up from this coma speaking fluent German, a language the 13-year-old girl had just started studying in school. It should be noted that even with the coma, her German hadn’t improved all that much.

Her Croatian, however? Also not so good. She had to talk to her parents through a translator.

Like a lot of us, Australian Ben McMahon studied a foreign language in high school. McMahon learned the basics of Chinese in school but was by no means fluent. Yet when McMahon emerged from a coma a week after being involved in a car accident, Chinese was all that came out of his mouth.

McMahon’s inner dialogue had somehow switched from English to Chinese and it wasn’t until a Chinese nurse was brought in, did things start to make sense. And they actually made a lot of sense as McMahon was so fluent in Chinese that he would later get jobs speaking it for Chinese tours of Melbourne and a Chinese tv show.

Unfortunately, he had to relearn English for a few days. But at least he got a job out of the whole thing. As comas go, that’s kind of a maximum benefit situation.

Rory Curtis is not Matthew McConaughey. Roy Curtis is a former semi-professional soccer player. However, in 2012, Curtis’ van flipped over, and he was placed in an induced coma for almost a week. When he woke up from his coma, he spoke fluent French, a language he had limited experience using, and he thought he was Matthew McConaughey.

That said, the dude is lucky to be alive. He suffered a pelvic injury and brain damage after his accident. But those first few days once out of the coma was a bit confusing.

“When I went to the toilet I went to look in the mirror and I was shocked because I didn’t look like him, I didn’t know what I was looking at, Curtis said. “But at times I was in hospital thinking I can’t wait to get out of here and back to filming movies.”

Curtis eventually figured out that he was wrong about who he was, which probably was a bummer. But on the plus side, he still had his French-speaking ability two years later.

British Man Might Have Learned Welsh Than He Thought

An 81-year-old British man named Alun Morgan was evacuated to Wales during World War II. While living there for a few months as a 10-year-old, he said that “learned a bit of Welsh,” but never really learned the language. He moved back to England after the war and lived there for 71 years before suffering a stroke that put him in a coma. Three weeks later he came out of it speaking Welsh and absolutely no English.

“I just spoke away. It wasn’t until my wife told me what was happening I expressed some surprise,” he told the BBC. After a few days, he was speaking English again, although not to the level he was before the coma. It took some speech lessons for him to fully get back to where he was.

It should be noted that having heard Welsh I think he would probably have preferred the coma.

Matej Kus was an 18-year-old Czech speedway rider in 2007 when he was knocked out during a crash. After a brief coma, he woke up speaking perfect English to his ambulance techs and in a British accent no less.

“It was in a really clear English accent, no dialect or anything. Whatever happened in the crash must have rearranged things in his head,” Peter Waite, a promoter for Kus’s team, the Berwick Bandits, said. “Before his crash, Matej’s use of the English language was broken, to put it mildly.”

Unfortunately for him, it didn’t last long. Soon after the accident, he went back to speaking broken English. But I’m sure he’ll have another crash that will fix that real quick.