Tesla Driver Who Sacrificed His $70,000 Model S Is Being Called A Hero After Crashing His Car To Save A Life 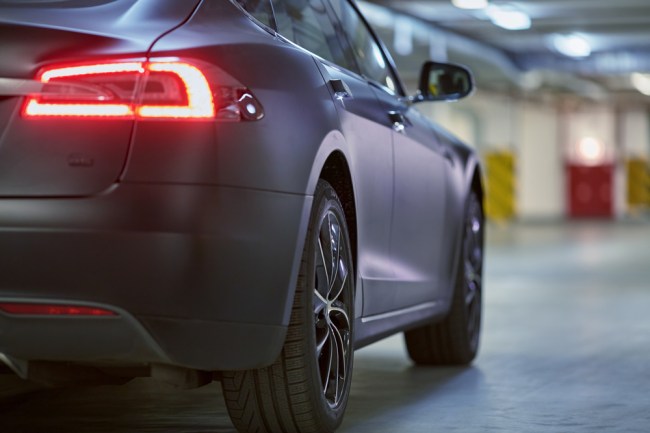 A Tesla Model S driver is being called a hero worldwide for sacrificing his $70,000 car to save the life of a random stranger. Cruising down Germany’s Autobahn Highway, the 41-year-old Tesla driver took notice of a Volkswagen Passat driving erratically and slamming into the guard rail. When the Tesla driver got closer to the Volkswagen he noticed the driver of the vehicle was unconscious, and that’s what was causing the car to repeatedly slam into the guard rail. This is when the driver took action and sacrificed his baby (the Tesla Model S) to save a life.

In committing this selfless act the Tesla Driver has since been named a hero and garnered attention from Elon Musk, but more on that below.

The Tesla driver sped up and pulled in front of the Volkswagen, and then slowed down until the Passat was crashing into his bumper. Once the driver in front had the force of the Volkswagen behind his Model S he was then able to slowly press the brakes and bring both vehicles to a stop, all while calling in the paramedics to arrive on the scene and save the unconscious driver’s life.

Of course, in stopping the unconscious driver’s vehicle from moving and smashing into the rail the Tesla Model S driver was forced to sacrifice his $70,000 vehicle. The hero wasn’t thinking about the damage to his vehicle, though, all that mattered was saving a fellow human being’s life (who is said to have likely suffered a stroke).

As I mentioned above, Elon Musk saw this driver’s selfless act. And the Tesla founder/CEO loved the story so much he offered to pay for all the damages to the driver’s vehicle and expedite the repairs:

In appreciation, Tesla is providing all repair costs free of charge and expedited. https://t.co/D68HNJcCoQ

Great stuff all around. For images of the damage to the vehicle and rescue from paramedics you can check out this German Facebook page.