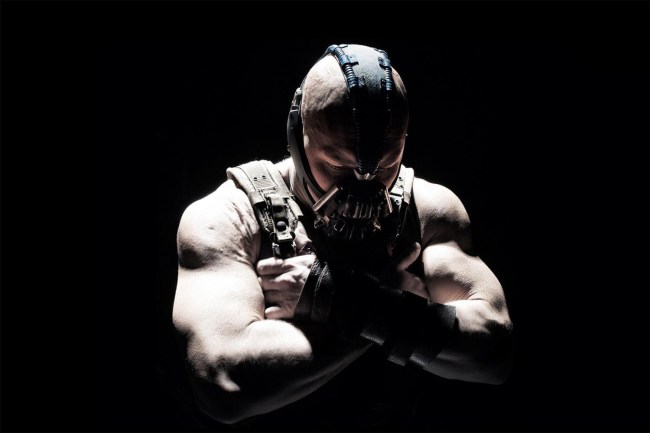 Actors who make incredible physical transformations to play different characters should be applauded. When we think of these amazing body changes we think of Christian Bale in the Machinist, Jake Gyllenhaal in Southpaw and Robert De Niro in Cape Fear to name a few. Also on the list is Tom Hardy bulking up to play Bane in 2012’s The Dark Knight Rises. In a recent interview the 39-year-old actor said that the transformation was tough on his body.

Hardy is set to star as Al Capone in the film Fonzo. Hardy told the Daily Beast he had to make a body transformation to play the infamous Chicago gangster.

Well, Al Capone was forty-something when he passed away, so he wasn’t that far off my age anyway. And he’d lost a lot of weight before he passed because he was suffering from Syphilis and deteriorating. It’s not the classic Al Capone that you necessarily envision with the silhouette. I don’t want to give too much away about it, but there’s definitely a transformation with that role.

However, Hardy noted that it wasn’t as grueling as becoming jacked up for playing Bane.

“I don’t know if it’s as drastic as Bane. I’ve probably damaged my body too much. I’m only little! If I keep putting on weight I’ll collapse like a house of cards under too much pressure.”

The 5’9″ actor stated that changing your body takes its toll.

“I think you pay the price with any drastic physical changes. It was alright when I was younger, to put myself under that kind of duress, but I think as you get into your 40s you have to be more mindful of the rapid training, packing on a lot of weight and getting physical, and then not having enough time to keep training because you’re busy filming, so your body is swimming in two different directions at the same time. And then after the film I’m tired, and you maybe have to change your shape again and go back to your normal size for the next film. To go from one extreme to another has a cost.”

Also from the Daily Beast interview, Hardy acknowledges that he would like to play James Bond, in a roundabout way.

You know, there’s a saying amongst us in the fraternity of acting, and in the fellowship of my peer group, that if you talk about it you’re automatically out of the race. So I can’t possibly comment on that one! If I mention it, it’s gone.

So by not saying anything about playing the suave British secret service agent that means that he is definitely interested in playing Bond right?