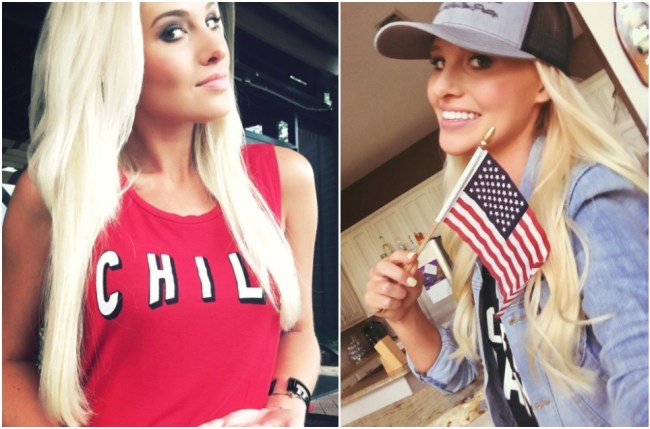 Get ready, America! Snowflake-melting hot take goddess Tomi Lahren is officially free from The Blaze’s muzzle. After a lot of yacking about butt-warmers and her former employer calling her “unprofessional” and whatnot, Lahren has settled her lawsuit and subsequent countersuit with her former employer, The Blaze. According to CNN, the two reached a settlement yesterday and Lahren is now free to keep her Facebook page. In the words of her employer, she is “no longer a clipped bird” —

“I am pleased to report that the parties have amicably resolved their differences,” Brian Lauten, Lahren’s attorney, said in a statement, adding, “Ms. Lahren is relieved to have this litigation behind her and she looks forward to connecting with her audience and fan base on the pressing political issues facing our country in the days to come.”

A spokesperson for The Blaze said in a statement that the company was “pleased to announce” that its relationship with the 24-year-old television host had concluded.

Most of the details of the settlement were not disclosed, but Lahren’s lawyer said the agreement did not include a non-compete clause, meaning she is immediately able to begin work elsewhere.

“She is free to go,” Lauten told CNN. “She is no longer a clipped bird. She can fly wherever she wants.”

The deal also made Lahren the “undisputed owner” of her Facebook page — an issue that had been a sticking point for both parties.

Lauten said Lahren will “promptly return” any “intellectual property” belonging to The Blaze that was posted on her page. He said such property mostly referred to video content copyrighted by the media company.

In the immortal words of Ronnie Van Zant, “Some birds you cannot cage.”

Now the floor is open for bets on which major media company offers Tomi a beau coup amount of bucks. Who ya got?