U.S. Map Shows How Many Millennials Live With Their Parents By State And HOLY HECK It’s A Lot

All this time I thought I was supposed to be the one who lived at home in his parents’ basement. Or at least that is what people kept saying when I started full-time blogging/writing/editing at BroBible. Seriously, back in 2009, that was one of the biggest burns trolls on Facebook could muster, “have fun living in your parents’ basement.” Ouchie. That stings.

Since I was a victim of such harsh burns, I won’t sit here and rub it in the face of the 33% of American Millennials who do live at home with their parents. I am going to take the fucking high road. For the first time in my life.

The US Census Bureau recently released a study on how young adulthood has changed between the 1970s and today. One of the main topics covered in the study was living situations. 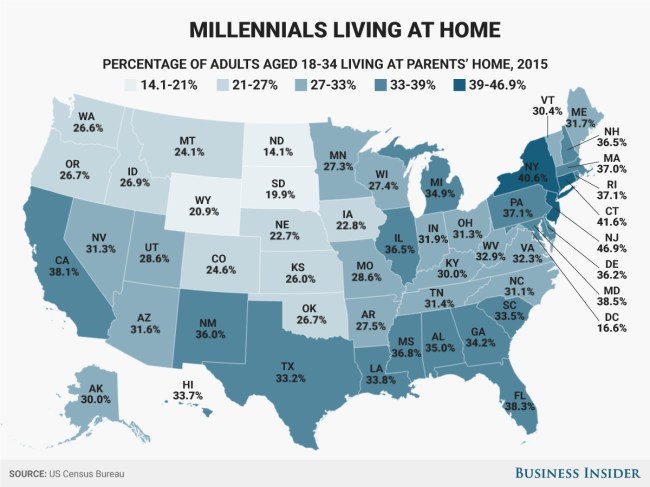