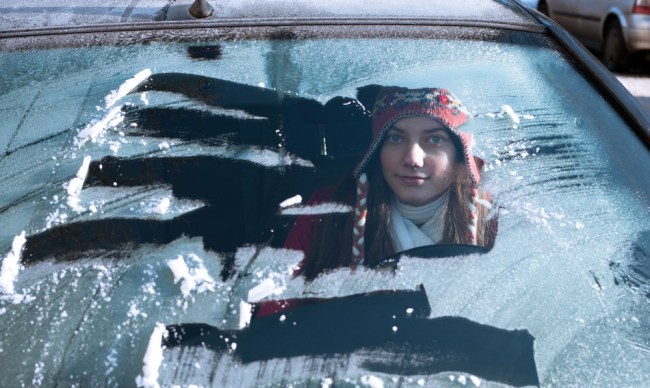 As much as we all REALLY want to go start up our cars and let it warm itself up on a freezing cold winter day we really should NOT be doing that.

Why? I hear you asking. I want to be warm. Yeah, so do I. But it turns out that in doing that we’re really screwing up our cars.

According to former drag racer Stephen Ciatti — who also happens to have a PhD in mechanical engineering — idling your car in the cold not only wastes fuel, but it’s also stripping oil from critical components that help your engine run, reports Business Insider.

“That’s a problem because you’re actually putting extra fuel into the combustion chamber to make it burn and some of it can get onto the cylinder walls,” Ciatti said. “Gasoline is an outstanding solvent and it can actually wash oil off the walls if you run it in those cold idle conditions for an extended period of time.”

Over time, that washing action can “have a detrimental effect on the lubrication and life of things like piston rings and cylinder liners,” which are critical to running the cylinders and pistons that breathe life into your engine, Ciatti said.

The bottom line: Contrary to popular belief, idling your car does not prolong the life of your engine; rather it shortens it.

So what is the quickest way to warm up your car other than letting it idle?

Turns out the answer is very simple: drive it.

“You will get the oil warmer faster, so that it’s flowing exactly the way it’s intended, if you drive the car lightly reasonably quickly [after turning it on], within say 30 seconds to a minute,” Ciatti said. “The power-steering pump is certainly going to groan a little bit … but idling the car for five minutes isn’t doing a thing for the power-steering fluid. Nothing. You’re not making the power-steering fluid do anything because you’re not steering and moving the pump.”

Oh yeah, that other thing we do (at least I do) to try to warm up our car’s engine — gunning it — yeah, don’t do that either. At least not for the first five to 15 minutes of driving.

In other winter-related car news, this, however, is perfectly acceptable…