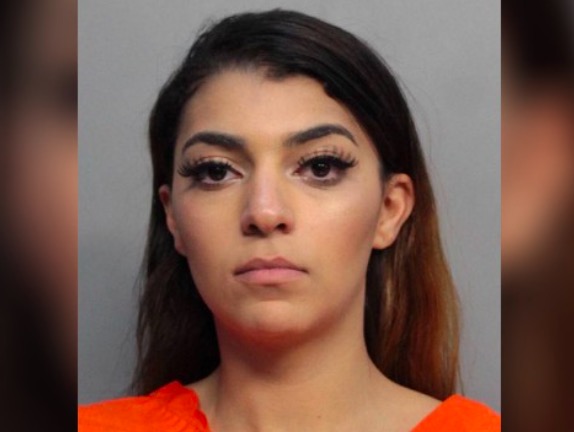 Picture this: You’re outside a Miami nightclub as the night is winding down. Let’s assume you’re puking or smoking a cigarette while actively trying to forget all the girls you bought drinks for with zero payoff. That’s when a hot 21-year-old woman approaches you and being far too flirty, considering you have vomit dribbling down your chin. After mere minutes of small talk, she asks to go back to your place. Sounds like God has gift wrapped a present for you to make up for that micropenis, huh?

Well, every rose has its thorn. And 21-year-old Miami native Yomna Fouad is prickly as fuck.

She’s been using the exact tactic I described above to fleece several men by coercing them into going back to their place, drugging them, and robbing them of their cash, clothing and jewelry.

One of her victims describes his experience with the cold-hearted cutie.

“We had a couple of drinks, we went upstairs, she started giving me a massage. The next thing I knew I woke up in the morning, she was gone,” the man said. So was his Rolex, cash, clothing, and other jewelry totaling more than $32,000.

According to NBC 6, Fouad now finds herself in the slammer after one of her alleged victims spotted her at a Miami Beach nightclub early Saturday.

“When I saw her with tattoos on her hand that’s when I knew automatically that it was her.”

“I was waiting outside to go inside the club and she was going out the club. I walked up to her and I was like ‘wait a minute, this can’t be what I’m seeing.’ She looked at me and said ‘I don’t know you’ and she tried to run away.”

Police believe that this incident is not an isolated one, as Fouad has been linked to robberies in New York, New Jersey, and North Carolina. Fouad is also believed to be behind a similar theft in Miami Beach of a man’s $87,000 Audemars Piguet watch.

Fouad is facing multiple grand theft charges and was being held without bond.

Lesson learned here: become a poor blogger so chicks don’t have anything of value to steal. Problem solved.