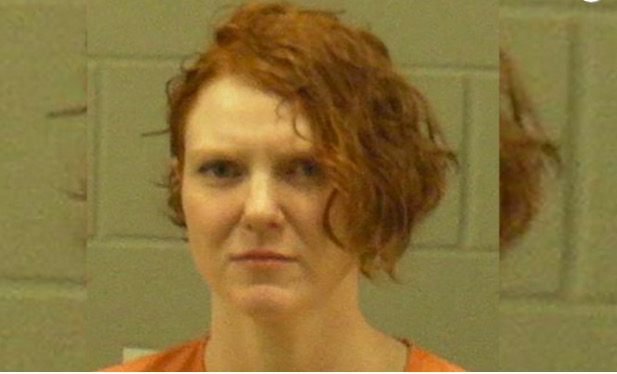 Serious question: Is a girl being a vegan a deal breaker? I’d argue that vegan is the red flag equivalent of genital herpes. Sure, it isn’t an oozing, pussy vaginal sore, but 83% of relationships is deciding on where to eat whereas 31 seconds a day is having intercourse. A minute if I think about my grandmother. And, as Ron Swanson so eloquently describes salad, it’s the “food that my food eats.”

Just some food for thought.

Anyway, it’s no secret that vegans, as people, are insufferable. And maybe the most insufferable of the bunch is 26-year-old Georgia resident Judith Armstrong.

Judith was arrested last week after purposely crashed into a chicken truck because she’s “a vegan,” according to NY Post.

The rattled poultry driver slammed on the brakes, but Armstrong wasn’t done — she slammed into the vehicle again and spun in front of the truck, cutting it off.

The animal-advocate fled the scene, as the truck driver pulled over to call 911, the TV station reported.

At first, efforts to track her down seemed impossible because authorities only had a vague description of her appearance and vehicle. But Madison County deputies soon realized she ‘clucked’ up, leaving parts of her car — including her license plate — at the scene.

When cops arrived at her home, Judith spoke to them through a glass window, refusing to let them in until they had a warrant. She was slurring her words and suspected of drunken driving but told officers she didn’t drink before the crash, but did have “a couple of shots” after she arrived home.

Officers eventually obtained the warrant and now Judith is being charged with hit-and-run charges, aggressive driving, driving under the influence and obstruction.

So, for those scoring at home, in an attempt to fight for the well-being of animals, Judith decided to ram her car into a truck full of them. Oh, the irony.

It may be tough to cop a kale salad in prison, sweetheart.