Woman Is Awarded $100,000 In Hot Coffee Spillage Lawsuit Against Starbucks 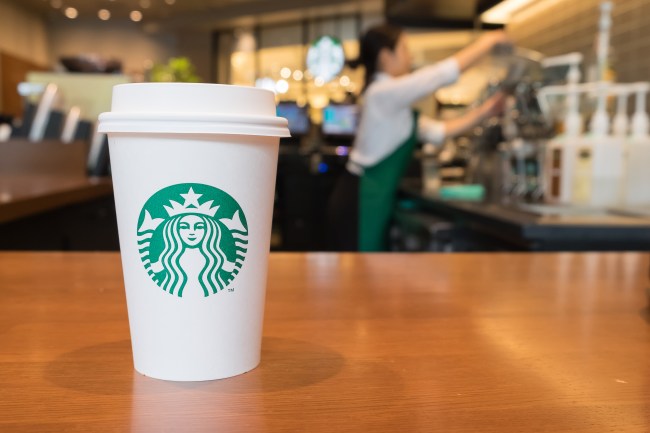 File this story under Relatively Small Prices To Pay For A Gigantic Payout. It can take it’s place on the shelf next to the United Airlines dude who was awarded millions for a little bitty physical assault.

A woman in Florida who was burned by a cup of Starbucks coffee was awarded more than $100,000 for her injuries on Thursday.

According to the New York Post, 43-year-old Joanne Mogavero won the suit after the jury found Starbucks negligent for the lid popping off the cup, sending the piping hot Venti Pike into her lap. Mogavero purchased her  20-ounce coffee through the drive-thru in Jacksonville and received her first-and second-degree burns and permanent scarring from the 190-degree coffee.

The jury awarded Mogavero $15,492.14 for her medical bills and an additional $85,000 for her pain and suffering. This score is particularly noteworthy considering a Starbucks representative testified that the coffee chain gets 80 complaints a month about lid leaks and lids popping off. This is the first case that’s been successful for the plaintiff.

“My client didn’t want sympathy from the jury — she wanted justice — and the jury gave it to her with its verdict,” her lawyer, Steve Earle said.

As EATER points out, hot coffee lawsuits have popped up periodically since 1994 after a woman was awarded $2.86 million for burns she received when she accidentally spilled McDonald’s hot coffee in her lap.

Am I the only one who hopes he breaks his leg falling through a sewer grate in the city? A percoset prescription, an excuse to not go running, and a fat payout is well worth the pain.