The 10 Worst Places To Take A Dump 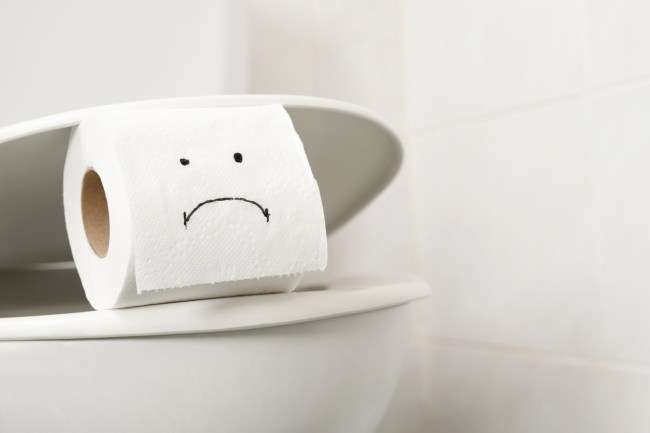 I think most people would agree that pooping your pants is a fate you typically want to avoid. With that said, as important as it is to leave your britches stainless, there are some places that are so vile you begin to second-guess the innate instinct to not soil yourself.

Whether there’s a potentially-diseased toilet seat or a mass audience waiting to gawk at you after you’ve finished up, there are some places that leave you wishing you didn’t ever have to poop.

It’s hard to explain in words but a comfortable, undisturbed dump is an unmatched feeling — on the complete opposite end of the emotional spectrum from disgust and embarrassment.

I’ve used a set of ten criteria when making the list of worst places to take a dump, which are:

With all that established, let’s get onto the list:

Depending on where you work, this might not be too bad at all. However, bathroom upkeep is still a looming threat no matter how upscale the business is.

Most importantly, if your office is small, then everyone will see you get up and go; and when you return, there will be lots of stares.

Also, it’s worth mentioning the risk factor here although it is slight: making a mess of the company bathroom could render you jobless.

Yes, bar bathrooms are gross in the same way as many other places on this list. What makes bars stand out, though, is the presence of alcohol and the destruction it can lead to in the bathroom.

That’s why bars are qualified to make the list: there’s a high chance of piss on the seat, there’s a guaranteed awkward glance coming your way if you’re in there for more than three minutes, and, most importantly, there’s no chance you can leave if you’ve paid a cover.

With limited freedom and that much risk, bars definitely belong on this list (if not higher).

Amusement park bathrooms are some of the worst places on the planet to go to the bathroom. There are so many little kids amplifying the room and forcing you to reconsider why you’re even at the amusement park in the first place.

Most importantly, similar to public swimming pools, untamed and uncontrolled bodily waste is to be expected anywhere at any time.

Rest stops are very similar to our next entry, which is why these two locations are back-to-back on this list.

The bathrooms at a rest stop are absolutely filthy, especially if you’re in a rural place or a foreign country. In that specific situation, rest stops may elevate on this list and end up as No. 3 or No. 4.

However, this is a broader label for all rest stop bathrooms. Some are actually well kept, not to mention they have stationary and adult-sized toilets, which are a plus.

Nonetheless, the crowdedness of a public rest stop contributes to the general lack of space and leads to a deficiency in comfort.

No matter what the venue is or what you are seeing—sports or music—there is no way that a stadium is an ideal place to take a dump. It’s super noisy and hectic and, the wait to go is unmatched with other places on this list.

If you HAVE to go at a sporting event, that sucks. You’re still waiting your turn. These types of situations have led to grown men ruining their pants.

The bathroom upkeep at these places is atrocious too, perhaps the worst of all the places on this list. With that said, there’s no awkward feeling and no risk involved when dropping the Browns off at the pool at a stadium.

This is by far the most awkward place to take a dump.

I wouldn’t wish this situation upon anyone because there is an unlimited risk with almost no possible reward. The only silver lining I can think of is that the bathroom will be tidy, well kept, and spatial.

However, all those positives fly out the window when you think about returning to the dinner table right after you just stained her parents’ toilet with a steamy load of fecal matter.

I had to do this a few months back and it was so unbearable I almost crapped myself instead.

Firstly, the height of an elementary school toilet makes it more awkward than any other toilet you’ll ever grace. Secondly, the confinement of the stall is so cramped that you feel like you may not be able to push out your crap. Thirdly, the seat had pee all over it before I got to work.

Add up those three factors and I think elementary schools warrant this high ranking, though I am biased.

3. Planes, Trains, and Automobiles (And Boats)

Boats should hold a category of their own because having to take a dump while fishing is all sorts of disturbing—especially if you have to row back to land if you’re not on a motor boat.

As for the other mass transit systems, I think they are pretty self-explanatory. All of them are confined in space and extremely awkward to exit. Most important, though, is that they are not stationary.

It’s one thing to have a rattling toilet; it’s a whole other animal to have to do your business in a place that is in perpetual motion.

So many factors make the beach an unbearable place to poop. Mass amounts of people; sand everywhere; extreme heat — just to name a few.

I think the distance/proximity factor is what makes the beach at No. 2 though. You can’t unload in public so you have to find a portapotty and the closest one could be a mile away.

You’ve probably got a lot bigger problems than worrying about taking a dump comfortably if you find yourself in jail, but I can’t imagine that this process would be enjoyable whatsoever (I thankfully can’t speak from personal experience here).

Based on location alone—absolutely zero freedom to choose—this is the heavyweight champion of places I would never want to poop and I can’t see anything really toping it.