Brian Grant On Depression, Parkinson’s, And Burying The Hatchet With Karl Malone 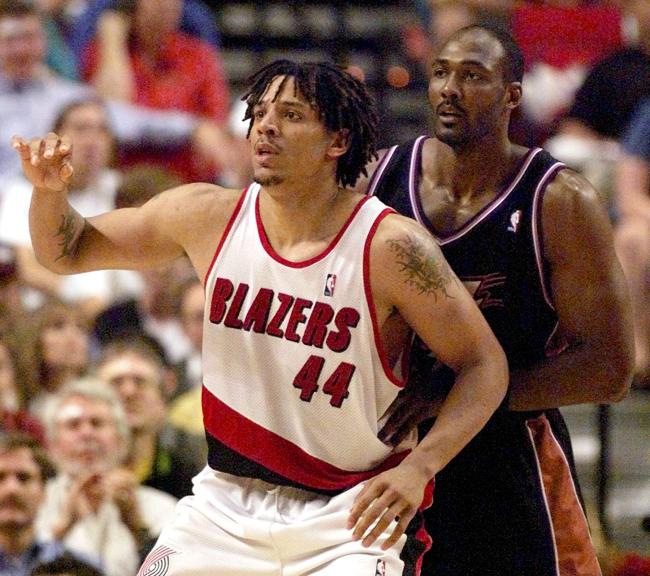 Brian Grant spent his 12 seasons in the NBA absorbing dagger elbows from Karl Malone and shouldering the impossible task of guarding Shaquille O’Neal in his prime. Skin was bruised. Blood was gushed. Knees were shot.

Ironically, Grant met his greatest challenges after retiring in 2006, no thanks to an early-onset Parkinson’s diagnosis he received at the start of his final season and the unrelenting depression that preceded it.

Grant, whose new book REBOUND is out now, joined our Endless Hustle series for a candid conversation about the depths of his misery, his diagnosis, resurgence, and how his basketball nemesis Karl Malone came through when it mattered.

On his post-NBA depression:

"I destroyed my marriage over those nine months, scared the shit out of my kids. Didn't know whether I was coming or going."

“At the time I thought that depression only happened to weak-minded people. I didn’t really believe in depression taking you over the way it does.

And so I went to the first home opener in Miami and I sat through half the game and then I had to leave. I had a panic attack. My clock was going, ‘You’re supposed to be out there too.’

Then I went into a deep, dark depression. It lasted for nine months.

I tore and destroyed my marriage, scared the shit out of my kids, didn’t know whether I was coming or going.

It took 6-7 months before I went in and got help, and was clinically diagnosed with deep depression. So, after that, someone tells me they’re depressed, I’m like, ‘Let’s talk about it.’ Because it’s real. It’s real.”

On the evolution of his relationship with Karl Malone

Context: Their hatred for one another nearly gave Mike Dunleavy an in-game heart attack.

Malone blasted @bwgrant in the teeth during the 1999 Western Conference semis, costing him $10,000.

A decade later, The Mailman would help raise $107,000 for Parkinson's and the pair would go on a fishing trip.

Leave. It. On. The. Floor. pic.twitter.com/GAAiux37zE

“[Karl] told me on a fishing trip, he was like: ‘Brian I always had the utmost respect for you, because anything that happened on the court, stayed on the court. You never brought it off…You wouldn’t believe the amount of guys that take it off the court and wanna do something about it.'”

Malone was fined $10,000 for elbowing Grant in the Western Conference semis, drawing blood. Grant was somehow called for the foul. At the time, Grant told the media: “I just know it wasn’t a foul (on me),” Grant said. “You can’t foul somebody with your chin.”

After Malone used some choice words to describe Grant to the media, Grant took a brilliant approach and publicly described Malone as his “idol” and expressed his desire to go fishing with him.

A decade later, Malone would not only help him raise $107,000 for Parkinson’s research, but also take him up on that fishing trip.

Listen to our full interview with Brian Grant below and go buy his new book Rebound: Soaring in the NBA, Battling Parkinson’s, and Finding What Really Matters.