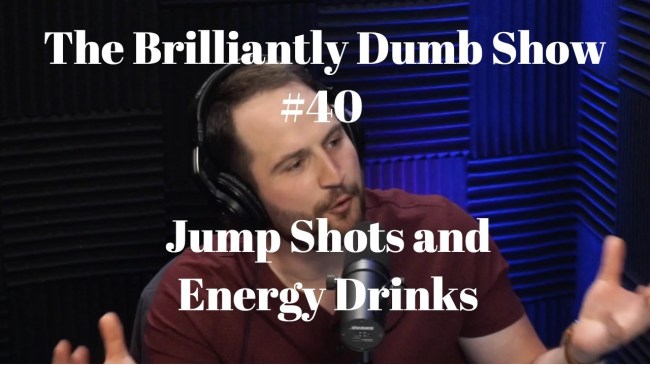 It’s hard to imagine that an energy drink would be the reason for me boosting up my LA Fitness shooting percentage by 30%, but I think I can really be on to something here.

In Episode No. 40 of The Brilliantly Dumb Show I go into great detail about this C4 energy drink that I was just introduced to on the hardwood of my local LA Fitness. Guys there are drinking this stuff like water and able to run pick up games for hours into the day, they’re setting ball screens, flanker screens, diving for loose balls, I have never seen anything like it. While I am thrilled to be playing to my full potential, I can’t help but think to myself, how the hell is this drink legal and what if the NBA got their hands on it?

Could you imagine the thought of Ron Artest pulling up to Indiana for a game with C4 in his system? Do you have any idea how many takes of “malice in the palace” we would’ve had? All I’m trying to say is, it is fascinating to me that this stuff is over the counter and legal. If Damien Lillard picks up a C4 at GNC before a Blazers game, I’m expecting him to drop nothing short of 50 points that night.