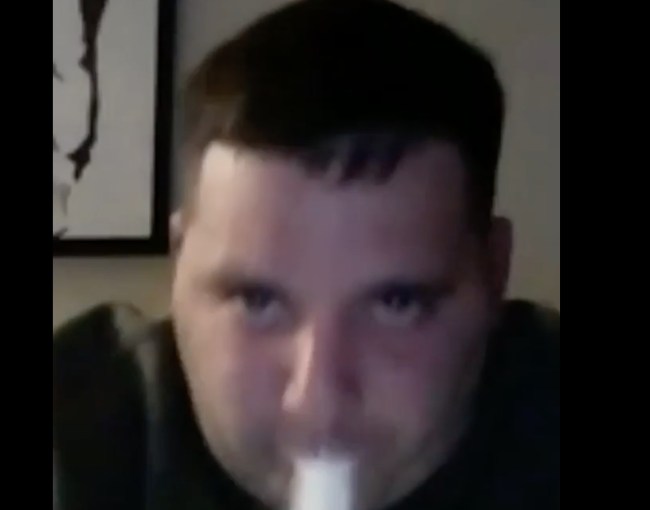 The Paqui Carolina Reaper One Chip Challenge is no joke and definitely not something to be taken lightly. Some call this vicious chip one of the hottest chips in the world. While everything about it seems like a miserable time, The Brilliantly Dumb Show used it as a content opportunity to see if a return guest by the name of Jersey Jerry could put in his weekly lock while eating the chip. The results were exactly what anyone would expect, hysterical.

There are not a whole lot of things Jersey Jerry won’t do, he is a character that belongs in a Howard Stern type wack pack. You tell Jerry jump, he asks how high? As long as it’s for the sheer entertainment of the fans. Jerry came off of a 17 hour workday on the streets of New Jersey only to be greeted by an Amazon package holding his worst nightmare, the Paqui Carolina Reaper chip.

As soon as the chip hit Jerry’s mouth I knew he was in trouble. The Jersey native who simply does not stop talking was immediately mute and had trouble just to get his words out. His confidence was sky high biting into that thing only for the chip to come back and smack him right in the mouth within five seconds of consuming it.

After numerous swigs of a milk carton, Jerry finally regained his speech and was able to hammer in his weekly lock of the week of Eagles/Giants over 44 points on Thursday Night Football. Not even a Carolina Reaper chip can stop the young man from getting his pick in. Just a flat out warrior-like performance that will without a doubt go in the shows hall of fame moments whether the eagles over covers or not.

For more of the madness be sure to subscribe to The Brilliantly Dumb Show on YouTube and all other platforms.