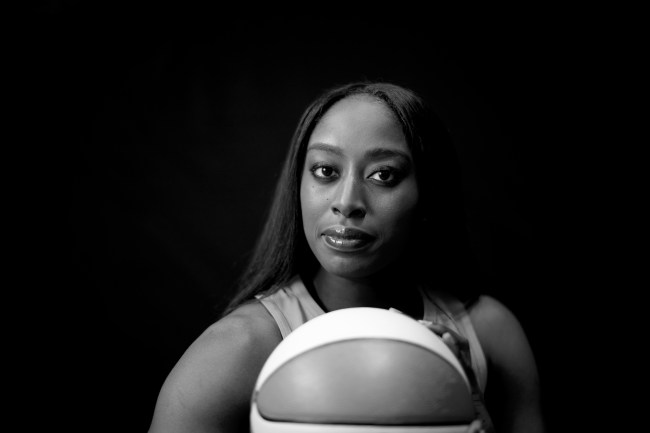 Do not show my parents Chiney Ogwumike’s resume. They are already disappointed the only thing I’ve amounted to is a Blogger and Organ Donor.

Ogwumike has achieved more in her 29 years on this planet for two lifetimes, and while many of us were hunkered down during the pandemic, the former #1 overall pick was executive producing a bubble documentary for ESPN Films. Just two months later, Ogwumike would sign on to become the first Black woman to host a national radio show for ESPN.

Ogwumike joined our Endless Hustle to discuss everything from executive producing 144 premiering Thursday (ESPN, 9 p.m. ET), WNBA GOATs, Kobe’s legacy on the WNBA, and coming from a family of excellence.

"To have a season in the middle of a pandemic, especially given where our country was, & to see women stand together & create meaningful change."

On the WNBA GOAT debate:

WHO YA GOT. @chiney gives her pick. pic.twitter.com/zSmIKlWSHq

“Me, personally, I’m team Lisa Leslie. She embodies everything that helped change the game. Dominant on the floor, first woman to dunk, did her own thing, was fierce, feminine, sort of set the table for professional athletes, especially women, in a time where there was a lot of excitement…For me, it’s Lisa, just because of what she’s done for the culture.”

On coming from incredible stock:

“I have three sisters and my two younger sisters were also talented basketball players. One is about to get her PhD in public policy. And the other one’s about to be in her second year in med school to be a doctor. So my older sister and I who play on the Sparks together, all we do is put a ball in a hoop. The little ones are about to go save the world.”

Check out our entire interview with Chiney below and catch the 144 doc on ESPN tonight.