Christian Cage Describing His Longtime Brotherhood With Edge Is A Tear-Jerker: ‘He’s A Part Of My Family’ 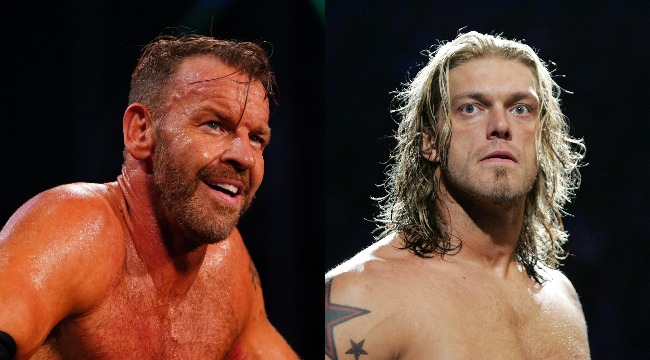 Edge and Christian are the exception, not the rule when it comes to longtime celebrity friendships.

We have far too many data points that indicate that friendships take a back seat to the glow of individual desire—The Rock and Tyrese Gibson went down in flames over the Fast and Furious franchise. Katy Perry’s friendship with Taylor Swift went bye bye no thanks to John Mayer. Three titles wasn’t enough to keep Kobe and Shaq on good terms.

But, Edge and Christian remained tight even after they became the WWE’s most recognizable superstars, with the promotion dubbing them the greatest tag team in WWE history.

The pair grew up together outside Toronto and Edge, born Adam Copeland, would spend most of his time at Christian’s (Jason Reso) home because his mother was typically busy working 2-3 jobs in a single parent household.

Christian, who has now taken his talents to the growing AEW promotion, joined our Endless Hustle to discuss his four decade long friendship with Edge. I nearly cried.

"Words can't really express how much he means to me. It's a friendship that I think everyone wishes they had & I'm not sure everyone does." – @Christian4Peeps

“I was a shy kid so I was really scared about going into the class and meeting people. And he was one of the first kids who came up to me to talk. We both realized from that moment on that we were both wrestling fans. So that was our immediate connection. And we just kind of hit it off from that.

Adam grew up with a single mom. She was often times working 2-3 jobs to try to support them, so a lot of times when she’d be working double shifts or whatever, he was at my house. And he was having dinner with my family. And he was staying over for weekends.

It’s more of a brotherhood than a friendship. And he’s a part of my family. He still talks to my parents. He still calls my parents. And we really are a part of each others lives and we’ve been through all the ups and downs together. We’ve always had each other’s backs no matter what.

Words can’t really express how much he means to me. It’s a friendship I think that every person wishes they had, and I’m not sure everybody does. But everyone should have a friend like the friendship that we have.”

Christian then went on to say that the pair’s tag team title at Wrestlemania was their seminal moment together because when they were children, they’d get bristol boards and stencil “World Tag Team Champions” and secure them to Christian’s dad’s weightlifting belts.

“Adam’s a good artist. He would always draw pictures of us holding up these Tag Team Championship [belts] and what our outfits were going to look like, and what our tag team name was going to be.

We weren’t supposed to win that first tag team match at Wrestlemania, but we changed their minds a week or two out. I think it was that moment we were sitting on top of that bridge that we built across those ladders holding up the titles.”

Find you an Edge, folks.

Oh he went for it 🤯 #AEWDynamite pic.twitter.com/8IbNSWN6yc

Check out our entire interview with Cage (and radio host Mike Golic below):