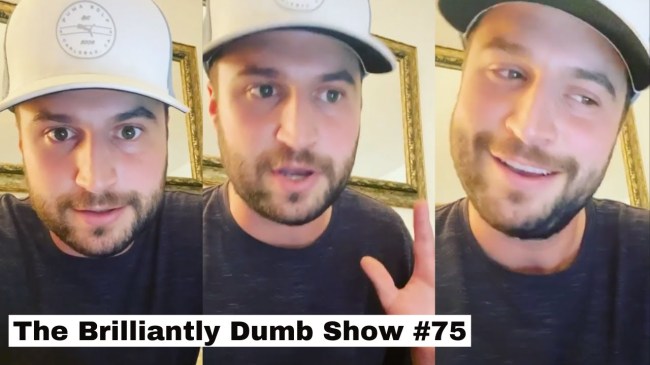 There’s just a relative level of certainty about seeing “Flo” from Progressive or Tony The Tiger of Frosted Flakes jump out during a commercial, you know exactly what you are going to get. They’re going to sing their jingle, or speak their products praises just to make damn sure you either have their car insurance or are starting your morning with a bowl of Frosted Flakes.

This is the beauty of a company mascot, you can send them out into the spotlight and be the face of your franchise while having them do or say whatever the hell you want. But who sits on the throne of greatest, most memorable company mascots of all time? That is where The Brilliantly Dumb Show comes in, on episode No. 75 we took on the task of separating the men from the boys when it comes to mascots.

The Gecko has been a staple of Geico for years and years and has always provided a simple message to auto insurance fans worldwide. “15 minutes could save you 15% or more on your car insurance” The Gecko never tried to get too creative and could be the reason for his fascinating longevity in the mascot world.

Bald, Joe Rogan type of looking guy in a cartoon version who is probably making a killing sales-wise during the pandemic. Never said a word but always got the job done. Mr. Clean definitely has taken a “less is more” approach when it comes to dialogue and it seems to have worked out.

The face of what seems to be every single canned vegetable in the grocery store. G&V rolled out this mascot years ago, and he kind of looks like a ripped version of Shrek. I respect the hell out of the Jolly Green Giant for taking on a character that he knew kids would hate seeing, the vegetables. You always knew you were in for a rough dinner when mom busted out the Jolly Green Giant can, I commend him for taking on that type of responsibility.

Also known as “Uncle Penny Bags” the monopoly man has been on fire since the ’50s and is showing no signs of slowing down. Uncle Bags shocked the world on his collab with McDonald’s and changed the golden arches forever. A bold play that definitely earned him the No. 2 seed here.

Barreling through your living room wall on a whims notice since I can remember was the Kool-Aid Man. No reservation needed, just come right on through and make yourself at home. The Kool-Aid Man is a staple of nostalgia and your childhood whether you had a good one or not. The confidence in the Kool-Aid Man to show up to household after household without being invited is fascinating to me and more than deserving of the number No. 1 slot.

If you want more of this type of chaos go ahead and subscribe to The Brilliantly Dumb Show on YouTube, Apple Podcasts, and Spotify.