DeSean Jackson Discusses His Eagle Kick TD Dance After Getting Released From Philly: ‘I Wanted Them To Feel The Pain I Felt’ 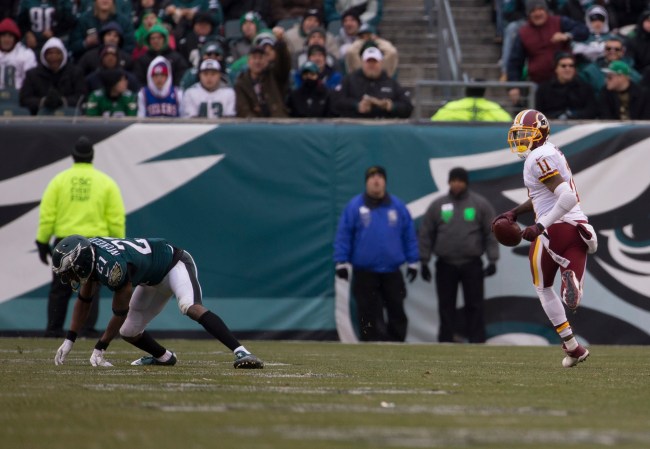 In March 2014, following a 1,300 yard Pro Bowl campaign and the best season of his career, DeSean Jackson was unceremoniously released by the infamous Chip Kelly regime like he was a third-string long snapper, ultimately signing with Washington.

Jackson categorized the release as a “shove in my face” by a coach who “messed up the real dream team” with a stacked squad that included Michael Vick, LeSean McCoy, Jeremy Maclin, and a young Zach Ertz.

A motivated Jackson returned to Philly in Week 3 of 2014 to exact his cold revenge, scoring a disgusting 81-yard touchdown pass from quarterback Kirk Cousins, a play that would land his game uniform in Canton for becoming the just third player in NFL history to record an 80-yard touchdown both for and against a team.

He topped the touchdown off by metaphorically kicking a bird in front of 70,000 fans at Lincoln Financial. Oof. 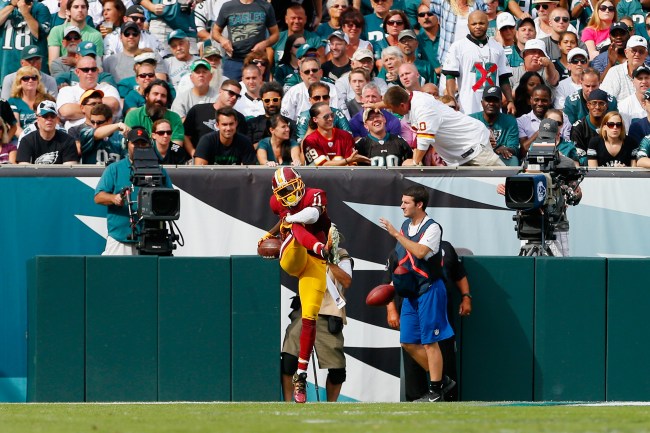 Jackson, who is now back with the Eagles, joined our Endless Hustle podcast presented by Boston Market to discuss his love for the city of Philadelphia, the hurt that came with being let go, and the redemption of running all over the franchise in his return.

DeSean Jackson opens up about his infamous Eagle Kick TD dance with Washington after the Chip Kelly regime released him in '14.

"I wanted them to feel the pain I felt."

“I have a lot of family from the Pennsylvania area. My mom and dad were originally from Pittsburgh, Pennsylvania. So to get that call as a 20 year old, it was a dream come true, man. The moment I became a Philadelphia Eagle, the support and the love that the brotherly love city of Philadelphia showed me and endured on me, it was like no other. Throughout my career, I played in two other places, Washington and Tampa. There was nowhere that compares to Philadelphia, the fans, and the culture. The times I was gone I still had so much love from the fans. They were like, ‘Man we gotta get this dude back.’ So it always felt like the perfect fit for me.

Every time I got a chance to play against the Eagles I wanted to go crazy. Every time I played them, I had crazy numbers. Scored crazy touchdowns. I wanted them to feel the pain I felt when they released me. I literally balled out on them every time.”

The three-time Pro Bowler then discussed the backlash he received from mocking the Eagle after his 81-yard score.

“I backed into the endzone, flapped the wings, kicked the Eagle. I was pissed. I was like, ‘This is for ya’ll.’ But they was hating me. When I tell you they couldn’t stand me…even in 2014 or 2015 we actually beat the Eagles in Philadelphia and we actually put on the hats that we won the NFC East division that year. When I tell you they was shouting at me, saying so much stuff to me in the stands. I’m like, ‘It wasn’t my fault! Ya’ll released me!'” 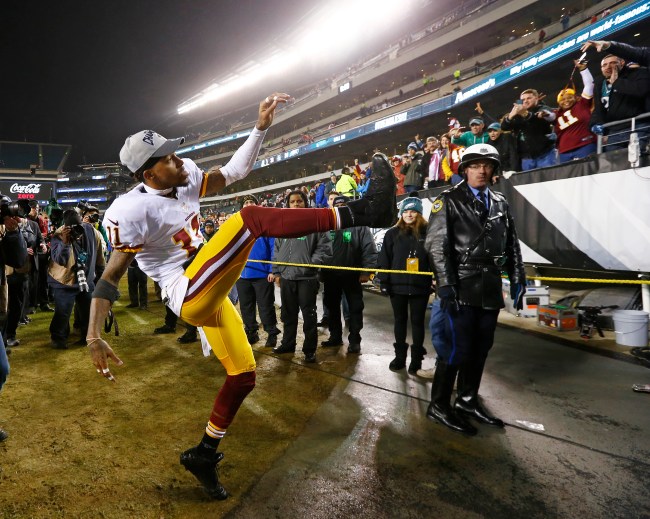 Check out our entire interview with D-Jack (and Pro Bowl corner Brandon Flowers) below. We dicuss: