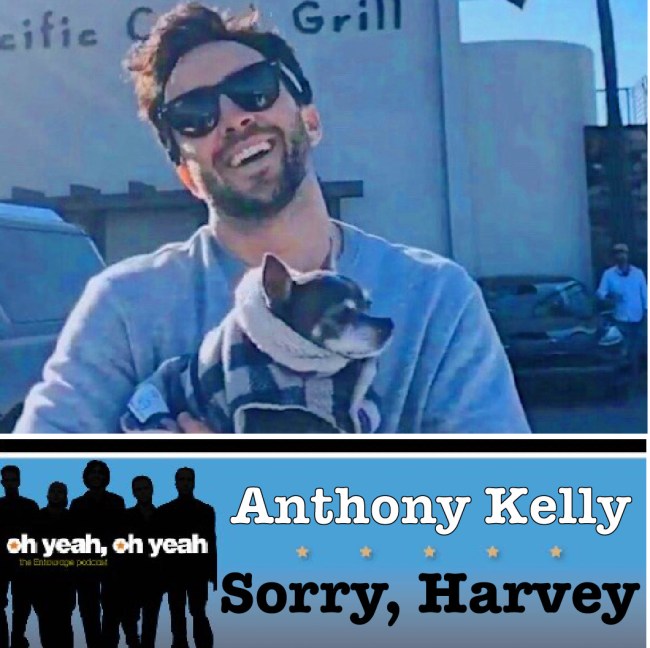 This week on Oh Yeah, Oh Yeah: The Entourage Podcast we said goodbye to one of the show’s most notorious characters: Harvey Weingard. While not too many shades separated Harvey Weingard from his real-life inspiration Harvey Weinstein, the character was memorable to say the least. This week Vince and E found themselves in a position where they had to screw over Harvey, yet again. And his reaction wasn’t favorable.

I was joined this week by Anthony Kelly, aka @entouragequotes on IG. Anthony has amassed quite the following by doing what every Entourage fan loves: rewatching the show constantly and posting video clips from it. He considers himself a bit of an Entourage nerd and it was a pleasure having him back on the pod this week.

But back to Harvey. Now at the time of this episode’s airing (2007), Harvey Weinstein’s transgressions were some of Hollywood’s worst kept secrets. I love that Doug Ellin and Co. created a character in his likeness that the boys could specifically screw over time and again. Now did the punishment fit the crimes? No, but looking back on it now it bring a smile to my face.

Therefore, in my humble opinion as the guy who talks about this show every week, I think the Harvey Weingard character aged particularly well. And it’s a performance from the late Maury Chaykin that Jerry Ferrara says he’ll never forget from his time filming the show.

Maury was an awesome actor. In the last scene of this particular episode his character had to have a full on rage fit. He brought it every take. To the point where he yelled so much he broke a blood vessel in his eye yelling at @mrkevinconnolly character. https://t.co/rVMpnTapbY

If you’re a fan of Entourage and want to hear more weekly Entourage audio content, subscribe to the pod below! We have a years worth of episode breakdowns from actors, comedians and Internet personalities to keep you satiated. Enjoy!