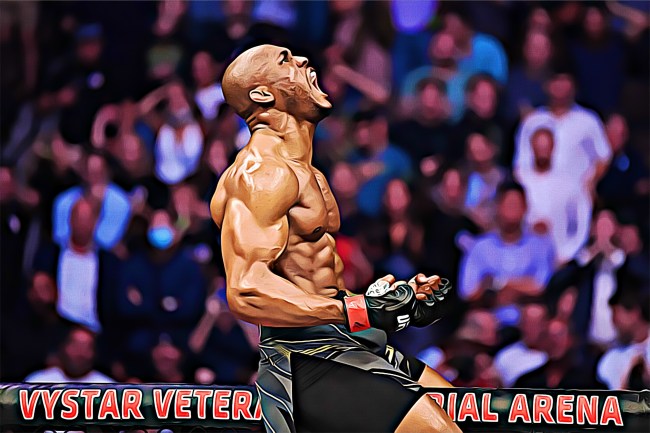 Money talks. That’s why Floyd Mayweather is fighting a YouTuber and why Malik Beasley demanded a paternity test when he saw the child support bill.

Kamaru Usman is guided by a different set of principles, and has likely left millions on the table over his six-year UFC career for never making a single appearance on pay-per-view before 2019 despite being undefeated in 11 fights.

This had nothing to do with popularity or lack of charisma, as Colby Covington’s “stick to basic cable” comment in 2018 implied, and everything to do with the television offerings at the Federal Correctional Institution in Seagoville, Texas.

Usman’s father, Muhammed, served 10 years of an 15 year sentence in the Texas prison after being convicted of 14 federal charges of health care fraud, and pay-per-view programming would disallow Muhammed and the other 174 inmates at the prison from tuning in to Usman’s fights.

By design, the reigning UFC Welterweight champion requested that all his fights be broadcast on cable to insert joy into his father’s life, without question at a detriment to his wallet.

“I honestly can’t say there was anything else we looked forward to more,” says Dee Ray, an inmate in 2007-13 and 2017-20. “Nothing could replace that. That was a time when everyone came together — Black, white and Mexican — and enjoyed the festivities. It kind of put us in the arena, so to speak. We didn’t think about what we were going through during that time.” [via ESPN]

Although Muhammed was released in February 2020 (and was in the arena to witness his son defend his title against Jorge Masvidal in April 2021), Usman joined our Endless Hustle to discuss his sacrifice for his dad and why it can’t be bought with any currency.

Kamaru Usman's dad's friends in prison didn't believe him when he said his son was an an athlete.

When Usman visited his dad after, inmates lined up to shake his hand.

“Visiting my father for the first time in prison, no one really knew me. Of course I’m sure my dad would talk about, ‘Yeah, my son’s an athlete,’ but those guys don’t necessarily care or believe. They’re like, ‘Yeah, yeah, everyone says that.’

My dad said, ‘That fighting thing that you do, that MMA, it’s on here. People watch that. People are fans of that here.’

So fast forward when I finally got the opportunity to do The Ultimate Fighter which happened to be on that channel. And I’m like, ‘Oh my God, my dad gets to watch this? Yes!’

So after I do the show, I go visit my father, there’s a line.

Some of the inmates, their families were there as well. My father had notified them that I was coming, so they had notified their families that I was coming. I was in there taking pictures with their families and the joy that I could see my father gets from that, being able to make other people happy and me being able to make them happy just by something as simple as taking a picture with them. Talking to them. Letting them meet me, letting them touch me. It was monumental for me to let me know that I was doing the right thing.” 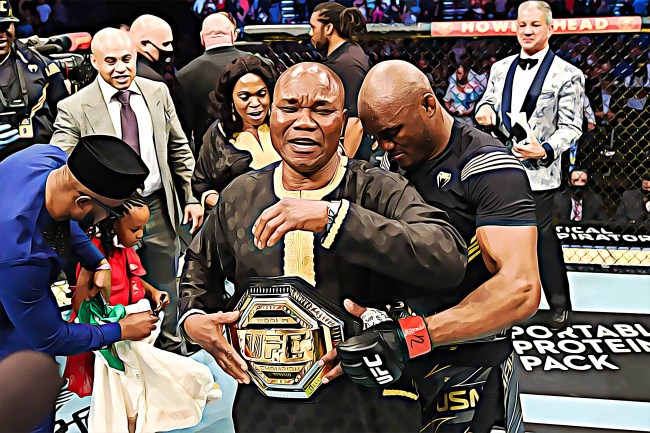 Listen to our entire interview with The Champ below: