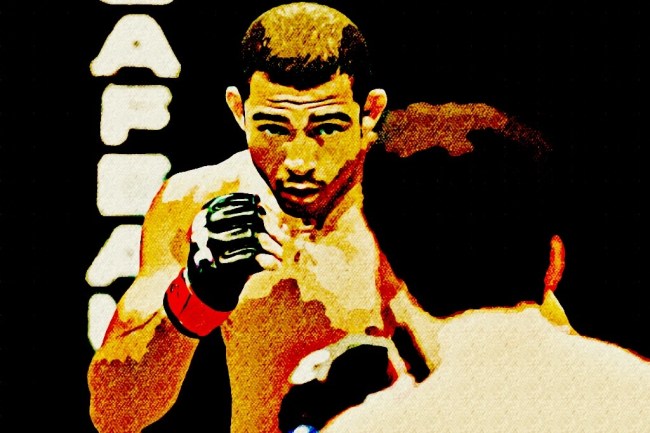 José Aldo’s thunderous leg kicks have been well-documented since his 2010 win over Urijah Faber, connecting on 31 leg kicks, putting Faber in crutches, and turning his leg into a Christmas ham Aunt Paulette forgot to take out of the oven.

Prime Jose Aldo was terrifying the way he utilised his leg kicks. Something we’ve not seen so often in recent performances.

Throwback to when he destroyed Urijah Faber’s leg 😳 pic.twitter.com/JfsnGbEFuW

After the match, Faber compared Aldo’s leg kicks to “getting hit with a bat,” and former UFC star-turned-PFL commentator Kenny Florian can support that claim.

We talked to Florian on our Endless Hustle about who delivered the most punishing blows in his 20 fight, four weight class UFC career. While Florian claimed B.J. Penn was the fighter who hit him the hardest, he did not hesitate in the Leg Kick Department.

Former @UFC stud @kennyflorian didn't hesitate when we asked who delivered the most devastating kicks in his career. @josealdojunior.

"When I got kicked in the leg against José Aldo, I lost feeling the feeling in my nerves for almost a year." 🤯

“As far as leg kicks, easy answer, José Aldo kicked me the hardest…Imagine the worst charley horse your big brother has ever given you, and then multiply that by 10, and then have them do that another 10 times in the exact same spot and I would say that’s what it’s like getting kicked in the leg.”

When I got kicked in the leg against José Aldo, he kicked the inside of my leg which candidly is a little better, it doesn’t affect the muscle as bad. But I lost feeling in the inside of my leg, in my nerves, for maybe almost a year. I remember it was numb there for at least 8 months. I actually developed a little tic, I would swipe my hand on the inside of my leg to see if I could feel it. And all the nerves were just, like, dead.”

Florian’s pulling from the 2011 UFC Featherweight Championship, the final fight of his career, in which he succumbed to José Aldo in five rounds via unanimous decision.

Kenny Florian (@kennyflorian) is considered one of the best @UFC fighters ever to not win a title, despite fighting for three in two different weight classes.

His perspective on it is refreshing.

Check out our entire interview with Florian and UFC legend Randy Couture below.