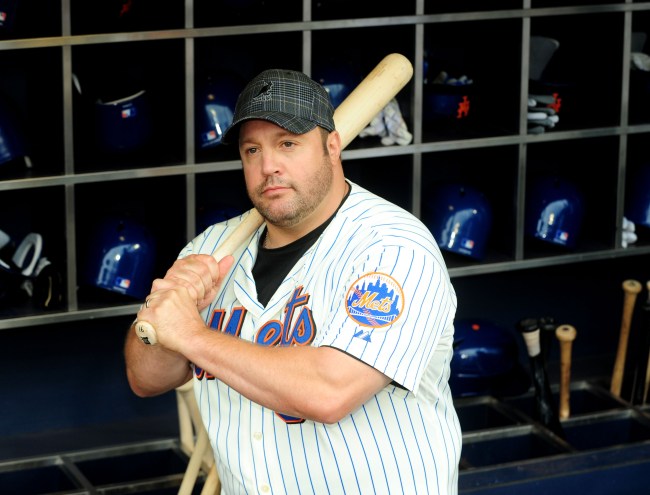 Don’t get it twisted, Kevin James was and is a legitimate athlete. Yes folks, the Paul Blart Mall Cop.

He was the number one wrestler on his high school team, ahead of future professional wrestler Mick Foley. He played halfback at the State University of New York at Cortland (Go…??). Joe Rogan claimed his fellow comedian is a “serious martial artist” and former UFC Heavyweight Champ Bas Rutten praised James for his hand-eye coordination and punching power.

James, a Long Island native whose NASCAR comedy The Crew is coming to Netflix on February 15th, has long been a fan of the dismal New York Mets, and joined our Endless Hustle Podcast presented by Boston Market to talk about his athletic resume and the future of the Mets under new owner Steve Cohen.

.@kevinjames is "hopeful" his Mets have a bright future under new management and recalls the intense experience of throwing out the first pitch and trying not to drill a fan 😂

On the Mets passing of the torch:

“We needed it. Even when we were spending money we were making the worst…what are we still paying Bobby Bonilla $1 million a year? Some of the worst decisions. It’s not just money. It’s the right decisions. It feels like Steve Cohen is going to be doing that. It gives me hope, but I’m a Met fan, so we’re going to go 9-0 and topple again, but whatever. I’m hopeful.”

On throwing out the first pitch before a Mets game in 2010:

“Most people don’t realize how high the mound is. You don’t want to throw it into the dirt, but you’re coming down so much because of it. I knew all this. I’m an athlete. So it’s like, I can’t tank it. And I remember Letterman saying that I didn’t throw it into the dirt. He knew I did and I did.

First of all, the crowd is going crazy, it throws you enough right there. You can feel your pulse on your fingers. But then I look behind the plate and they have all these people, photographers are there, there was literally a lady with a walker and I go, ‘Please don’t hit the lady.’ But I also didn’t want to lob it in. I’m like, ‘Throw hard.’ And then last minute, I’m like, ‘Go sidearm.’ That’s the stupidest thing, you’re going to kill someone if you go sidearm, but at least you won’t skip it. And I did skip it.

You just try to overcome it with energy and look like a fool.” 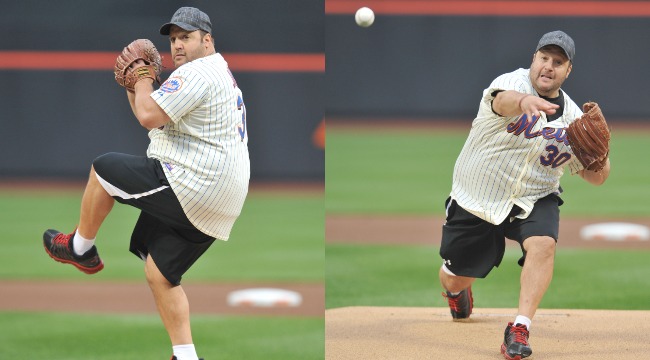 A seamless transition into James’ tryout for the MLB All-Star game in 2013. One to remember.

Listen to our full interview with Kevin James and The Crew co-star Freddie Stroma below (and NBA’s Troy Daniels).