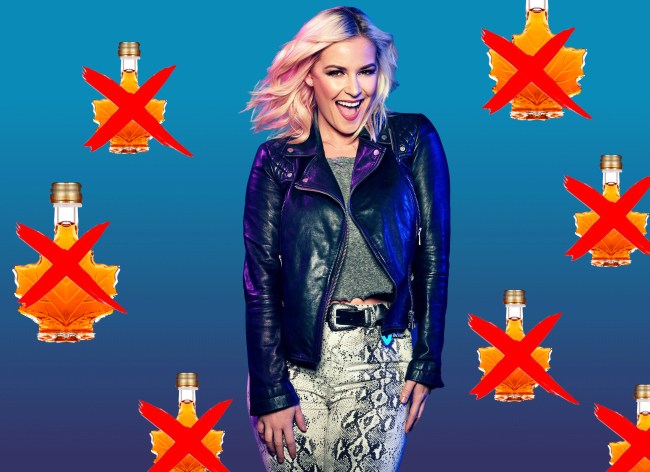 I know that is the Canadian equivalent of vandalizing the Rocky statue or maiming a bald eagle on the fourth of July, but it’s time we recognize maple syrup for what it really is: an invasive sugary monstrosity that monopolizes everything it touches.

While most condiments enhance the star of the dish, maple syrup becomes the dish, drowning out the supporting cast and going full Imma Let You Finish. 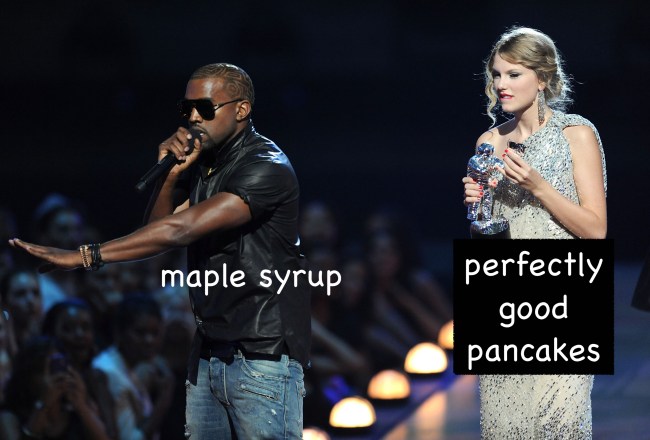 This may seem like a trivial topic to take umbrage with, but it comes from a good place, especially because I’ve never met a Canadian I don’t like. But Canada has deluded itself into believing that this tree snot is worth one of the greatest agricultural crimes in all of history.

In an attempt to un-condition this dangerous line of thinking, we appealed to one of Canada’s most beloved figures, former WWE star and trailblazing television personality, Renee Paquette.

Renee has become an authority in the culinary field, recently penning a highly-popular cookbook Messy In The Kitchen, so we were confident she’d have a reasonable take unmarred by heritage.

We battled @WWE star and Pride of Canada @ReneePaquette over the nation's most prized possession. She refused to budge.

“If you’ve been hanging out with Paul Pierce getting stizzoned with the strizzippers, that’s fine. But maple syrup is amazing on a pancake, on a waffle, you need to have a layer of butter because you need that salty sweet combo. Then you drizzle on the maple syrup to whichever level…You’re talking blasphemy up in here.”

Renee has lived in the United States for nearly half her life at this point, moving to Los Angeles at 19 to pursue a career as a comedic actress. The fact that she still holds maple syrup in such high regard is an indicator that Canadians may be past the point of redemption. Sad.

Listen to our full interview with Renee Paquette below. We talked about other stuff too, I swear.