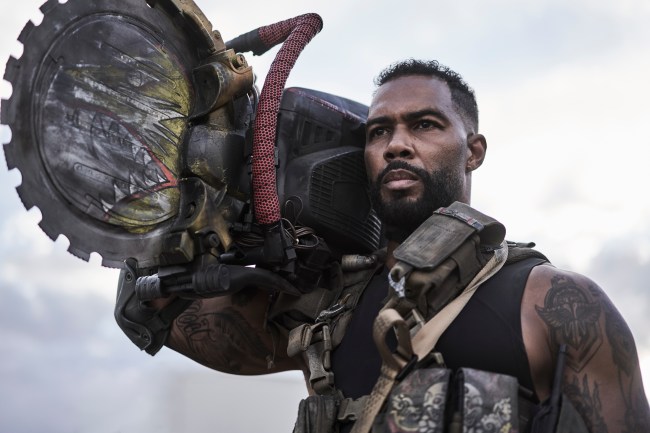 Omari Hardwick is one dude you cannot put in a box.

During his days playing defensive back at the University of Georgia alongside Champ Bailey and opposite Hines Ward, it’s doubtful Hardwick imagined himself as a respected actor cast in a Zack Snyder film two decades later.

But the Power actor paved his own way after his NFL dream was shattered when he was not selected in the NFL Draft.

After some serious soul searching, a $2,500 loan from his parents, and a difficult stint strenuous stint living out of his car, Hardwick caught his break in the 2004 TV movie Sucker Free City.

Since then, the 47-year-old has scored roles in Starz hit show Power, Spike Lee’s Miracle at St. Anna, Tyler Perry’s For Colored Girls, and most recently Zack Snyder’s Army of the Dead streaming on Netflix on May 21.

We sat down with Hardwick on our Endless Hustle and asked him about the pivotal moments in his career that allowed him to rise from the ashes.

PIVOTAL MOMENTS@OmariHardwick was living in his car in the early 2000s and was about to give up on his dream as an actor. Then he received a message from Pauletta Washington, the wife of @OfficiaIDenzeI.

Army of the Dead streams on Netflix TOMORROW. pic.twitter.com/FLYhbL2Ler

“The original moment of being really down was sitting in a parked car which I was living. That car was parked on the street that later in life Dylan McDermott and I did a scene for Dark Blue on the same street where the car was parked. It was crazy.

But at one point, I remember calling a friend. he played wide receiver in college, Adrick Caesar, who was a physical therapist at the time. The NFL didn’t work out for him either. And I remember reading this article Laurence Fishburne talks about post Apocalypse Now, when he was a teenager in the movie and now he’s trying to figure out his career moving forward. And he remembers thinking, ‘I should probably just give up.’ And I said, ‘I feel that,’ and Adrick said, ‘Yours is a marathon, bro.’

Bring it up to Pauletta Washington and Denzel, who often allowed me their couch or to be in their world. I asked Pauletta, ‘What would you do at this point?’ She was like, ‘I wouldn’t quit. You just must not quit.'”

Listen to our entire interview with Hardwick below and check out Army of the Dead streaming this Friday!