Pauly Shore Joins The Brilliantly Dumb Show And Things Immediately, And Hilariously, Go Off The Rails 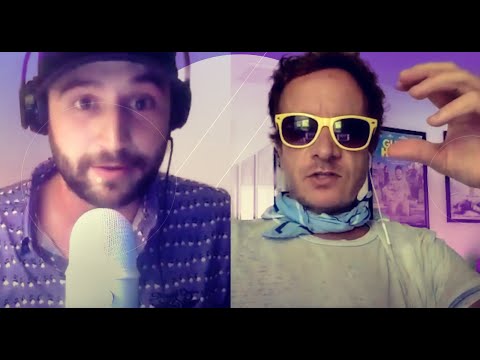 For those of you who don’t remember Pauly Shore’s run in the 90’s, it was a wild one, to say the least. Shore is known for his hosting gig with MTV which then led to his hit movie ‘Encino Man’. He is a man with no filter and always keeps you guessing on what he is going to do or say next. Shore sat down with The Brilliantly Dumb Show to discuss his new movie ‘Guest House,’ which will be on digital and on-demand September 4th, and gave one of the most bizarre interviews in show history.

I think it would be an understatement to say I spend a lot of time prepping for these interviews, maybe too much time to be honest. I want to know every little thing about the guest we have coming on, especially for a guy I don’t remember too much as I was just a few years old when Shore was in the prime of his career. But it was pretty clear to me at the start of the interview that all the questions I had prepped for Shore were about to go out the window.

Shore made it known that I was not his first interview of the day and decided he wanted to just chat rather than field questions about his career and upbringing. I’m no stranger to small talk, but this was a different type of small talk. The comedian came out of left field with all types of questions for myself and left me scratching my head after it wondering, “what just happened?”

It is a strange, yet entertaining interview that only Shore could execute in the way that he did. Be sure to check out his upcoming film ‘Guest House’ which our dear friend of the pod, Steve-O co-stars in.