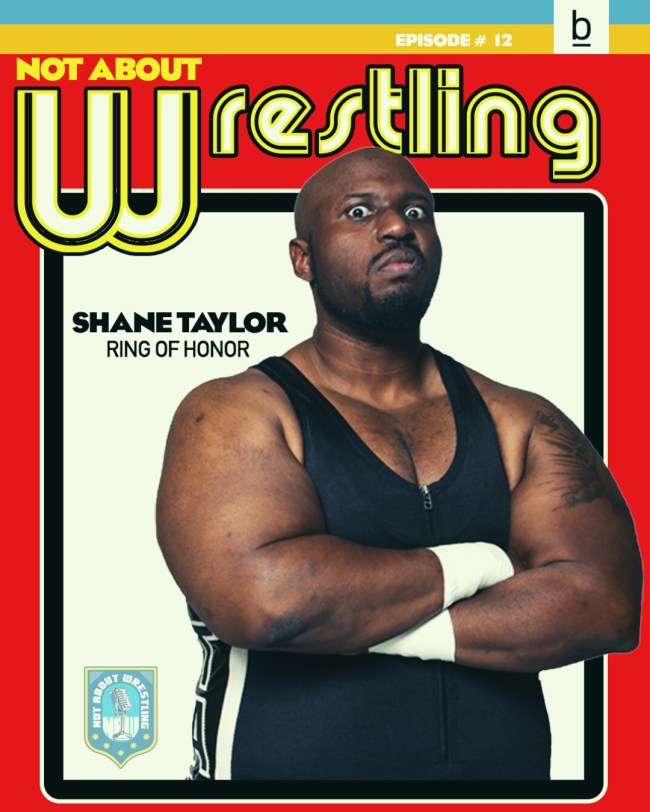 Not About Wrestling / BroBible

Taylor is known for his violent demeanor and survive-at-all-costs mentality. Since his 2016 debut with Ring of Honor, the 6′ 1″, 350-pound has positioned himself as the “problem solver” on the roster and “the baddest of all time.”

Taylor is completely open and honest about his intentions in the sport of professional wrestling. From the start of the interview, Taylor made it known that every time he steps in the ring, he wants to prove the haters and doubters wrong.

“I live for ‘I told you so’,” explains the former world television champion and CEO of Shane Taylor Promotions.  “I’m antagonistic by nature so the worst thing you can say to me is that I can’t do something, or I won’t do something, or I’m not talented enough or that somebody is better than me. I’ll go ‘ok, I’m gonna make you look stupid, come back to you and look you in the face and say I told you so.'”

Taylor and the Soldiers of Savagery will look to prove people wrong at “Final Battle” on Dec. 18 when they face the MexiSquad for the Ring Of Honor Six-Man Championships.

In this episode, Taylor discusses escaping the streets of his hometown of Cleveland, being forced to prove his toughness at a young age, his gravitation to professional wrestling at a young age, being a father, and he even dishes a little dirt on his former tag team partner, WWE star Keith Lee.

Ladies and gentlemen, entering the podcast, hailing from Cleveland, Ohio, this is Shane Taylor.