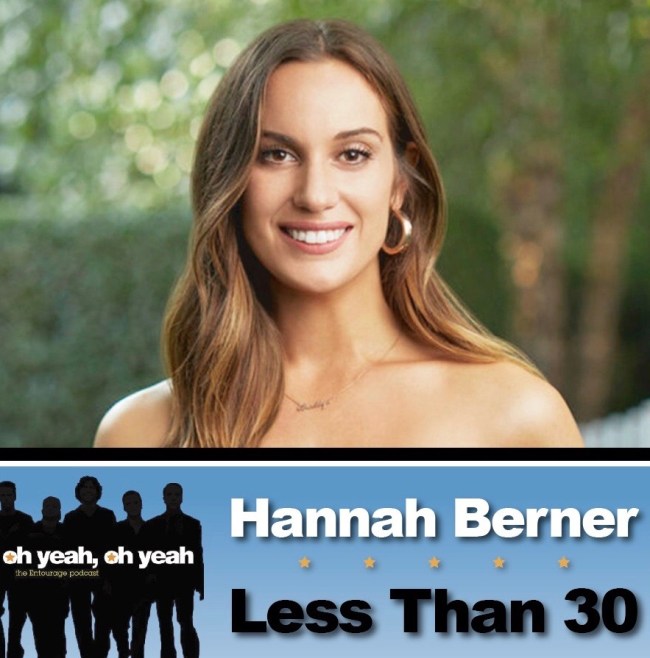 A weekly category on Oh Yeah, Oh Yeah: The Entourage Podcast is our favorite celebrity cameo for the week. Some episodes have more cameos than others, while some episodes have no cameos at all.

In the Season 3B Premiere ‘Less Than 30’, the cameos are so under the radar that even I missed them in my first few times watching the show.  The basic plot of the episode is that E, Turtle and Drama are throwing Vince a birthday party, and towards the end of the episode when they’ve blown past their budget, Turtle comes up with the genius idea of getting the party sponsored, an idea that is so commonplace in 2019 it was a little mind-blowing.

As Vince holds up his bottle of Skyy Vodka for the cameras, he blows out his candles with two Victoria’s Secret Angels.

Turns out, those two Angels Alessandra Ambrosio  and Izabel Goulart are two of the most famous and financially successful supermodels in the history of fashion. This was pointed out to me by this week’s guest Hannah Berner, who is quite the success in her own right. Hannah’s the host of the very popular Berning in Hell Podcast and is a cast-member of Bravo’s Summer House and graciously went down the Entourage rabbit-hole with me this week!

But back to the models.

Alessandra Ambrosio was named by Forbes as one of the wealthiest supermodels of the decade while Izabel Goulart took center stage at the Rio Olympics closing ceremonies in her home country of Brazil.

So the above clip of Vinnie Chase and the two models, who easily could be mistaken for bottle girls the way they’re utilized during this episode is very much a Tom Brady/Gisele situation.

In a scene that supposedly has the biggest movie star on the planet in it, the two women flanking him stand above him in both worldwide fame and financial success.

Don’t forget to subscribe below to listen, and leave us a 5-Star Review if you’ve been enjoying the show!

Who’s the most famous person in this photo?

‘Less Than 30’ with the hilarious @beingbernz is live 🎂