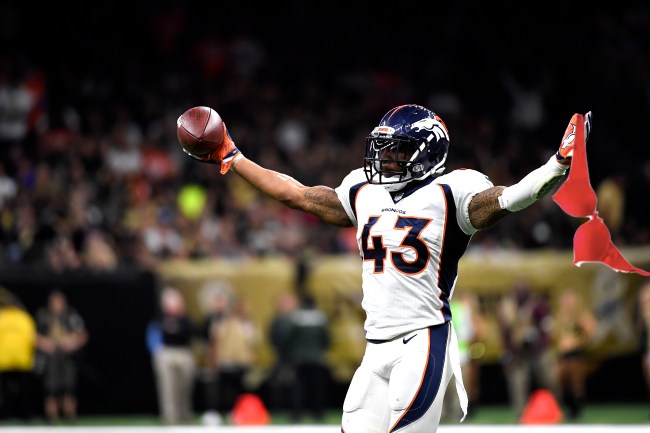 It seems like just yesterday LaVar Ball said on our Endless Hustle podcast that his sons will never meet a good woman while playing in the NBA because it’s impossible to decipher intention. Thus, they will be forced to swim in the emotionless sea of “hoes.” His words, not mine.

Super Bowl champion and two-time Pro Bowler TJ Ward enjoyed a decade-long career in the NFL and with all due respect to Mr. Ball, can offer more insight on the matter than a guy who spent a cup of coffee on the Jets practice squad.

During his recent appearance on the same podcast that broke the international news (NBD) of LaVar’s take on love in pro sports, we asked TJ Ward if this mindset is accurate.

Former Broncos Pro Bowler @BossWard43 on the attention from women as a professional athlete:

"It's incredible. They're everywhere!" 👯‍♀️

“Man I think LaVar and my dad got their advice from the same handbook. I made the decision honestly early in my career not to go that route until either I was done or late when I was mature enough to be with somebody and commit to them and be honest. But, my younger years, there was no way. It was incredible. It was amazing. Just incredible! They’re everywhere!”

“You have your times. You have your moments where you want people to know TJ Ward, NFL player. I don’t want you to like me for me. I don’t care what you like more for. I could care less!

When you are looking for somebody to be with and you want to know that they genuinely honest love you for you, sometimes you may just have to decipher that yourself. They probably are going to know who you are and know how much money you have and know what comes with being in a relationship with you. At the same time, that’s not what they’re with you for. That may be tough to do because some of these women are really sneaky and they’re really smart and they play into some of these guys’ wants, so it can be hard.

But for me and my lady, we met a little bit later. We went through a lot the first two years. She’s still with me. I wasn’t in the prime of my career. I wasn’t playoff, Super Bowl Denver Bronco TJ Ward. I got my son, he’s a blessing, and I think I did it the right way.”

Check out our entire conversation with Ward where we talk about his Welcome to the NFL moment, Team Meeting Peyton Manning vs. Locker Room Peyton Manning, not being allowed in his own Super Bowl party, and more. Oh, and we also talk with three-time world heavyweight champ Lennox Lewis as a Christmas bonus.