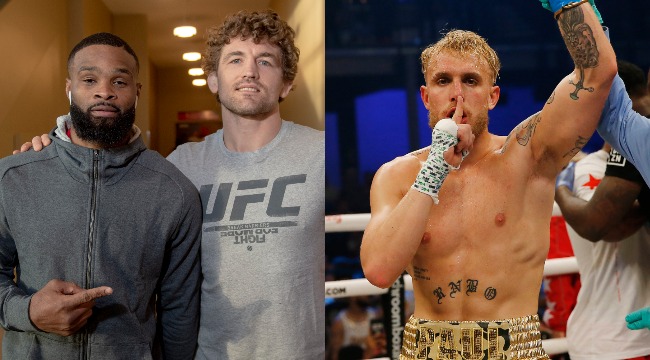 If in 2007, you told NCAA wrestling back-to-back National Champion & future MMA welterweight champion Ben Askren that his most lucrative combat sports match would be from squaring up against a YouTuber from Ohio, he probably would’ve taken a job at Enterprise.

But the world works in mysterious ways, and we are two months away from finding out if Jake Paul’s dalliance with boxing is just a business-savvy spectacle or if Cleveland should construct a Balboa-esque statue of him outside the Rocket Mortgage Fieldhouse.

Askren’s confidence is sky high, claiming that the man who’s secured three straight TKOs in the pro circuit is “not a real fighter” and his competition in those matches was “so low that pretty much no matter what he did.”

Tyron Woodley, UFC superstar and Askren’s former college teammate at Missouri, has just been named the 36-year-old’s cornerman for the April 17 fight, and we got a chance to talk to T-Wood on our Endless Hustle Podcast presented by Boston Market about his predictions for the fight.

UFC legend @twoodley on the chances @jakepaul has of beating up Woodley's former Missouri wrestling teammate @benaskren in April.

“Ben has really dumpy power. He has the ability to cling to you. He didn’t get hit very much in the UFC or Bellator or ONE FC. He didn’t take much damage. He has a way of clinging to you and adapting and if you never wrestled with Ben, he’ll zap your energy. Like my coach Din Thomas, he used to spar the whole gym. Heavyweight, lightweight. He never got tired. He walked around and nobody could outbox him. But Ben was the only one I’ve ever seen get him tired. That’s something that Jake Paul is not ever, ever going to have somebody to mimic that.

So hand fighting, pushing, pulling, dropping, missing punches, body punches, shit talking—Ben’s going to be talking mad shit to him. He used to do it in college. We’d be weighing in, he’d walk up behind you and be like, ‘Hey you going to be a pussy this time or are we going to fucking wrestle for real?’ And it’ll get into a dude’s head.”

“Jake has a chance in the first round. Maybe first two rounds. And I like Jake. But when it’s my dawg, I gotta ride for my dawg. Especially when it’s facts. I don’t think it’s going to look the sexiest, the combination, but when Ben hits you it fucking hurts…He has very strong dents, dumpy power, and his static strength is infinite. He’ll get a soccer ball and rear naked choke it with full inflection and have a conversation with you. I’ve never seen anybody be able to hold that type of static for as long as he can. So my prediction is he’s probably going to drown him out. Ben says seven rounds, I don’t know why they’d want to fight that many rounds. Probably in the fifth or sixth round, Ben will probably end up with a TKO.” 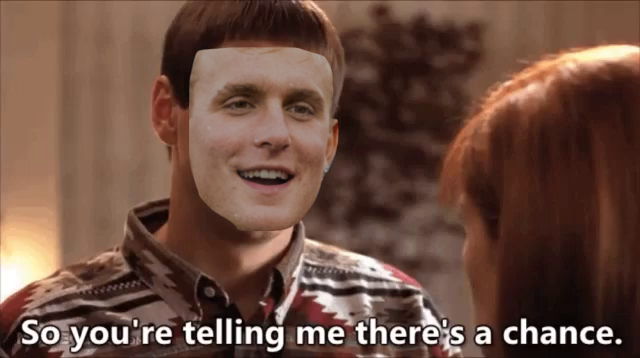 No joke if Jake TKO’s Ben Askren I may hang a poster of him above my bed and use “It’s Everyday, Bro” as my wedding song.

Check out our entire fascinating interview with Tyron Woodley below. We discuss: