Before You Place Your AFC Championship Bets, Consider These 10 Hilarious Blake Bortles Stats 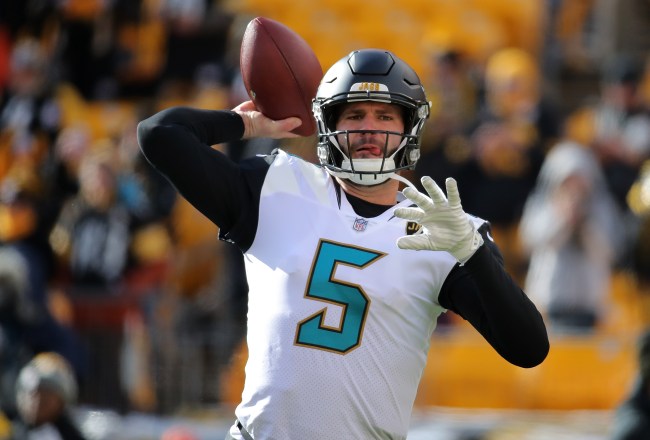 At the time of me writing this, the New England Patriots are favored by 9 points to beat the Jacksonville Jaguars in the AFC Championship on Sunday at Gillette Stadium. Do the Patriots have too much offense for the formidable Jags defense? Could Leonard Fournette be the X-factor in a Jags win? Will Gronk be too hungover to play a role in the game? There are a lot of questions lingering and only time will answer them.

Jags’ players are as confident in beating a team that has advanced past this game seven times with Brady under center as they can be. Jalen Ramsey went as far to guarantee not only an AFC Championship victory, but a Super Bowl W. Bold.

Despite nearly every sports pundit choosing the Pats to head to their 8th Super Bowl in the Brady-Belichick era, the Twitter account Blake Bortles Facts provides stat-driven predictions that fly in the face of the current Patriot-favoring narrative in circulation. Before you place your bets, check out these highly convincing stats…

Blake Bortles has never tried to injure an opponent with his car. @Patriots pic.twitter.com/9AQRJZn8FG

Blake Bortles has never been suspended by the @NFL for deflating footballs. @Patriots pic.twitter.com/ArciJW7w9u

Blake Bortles went undefeated this season against the @Chiefs, @Panthers, and @Dolphins. Tom Brady lost to all three. @Patriots pic.twitter.com/DHHWdAW8WM