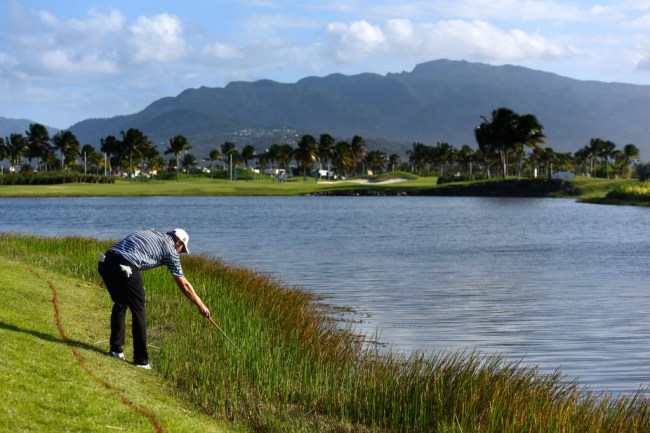 Believe it or not, not every sport on the planet is suspended at the moment. While the PGA Tour is on hold, there are still some mini-tours still going about their business and on Monday some serious drama unfolded on the Outlaw Tour.

A total of 14 players in the 60-man field were disqualified after a serious mix-up on one of the Par 3’s at the Verrado Founders Championship in Arizona. Monday Q Info, a must-follow on Twitter for any golf fan, was the first to break the news.

Explanation of what happened:
Tee was set at the 204 plate, scorecard showed hole at 222. First group teed of on the wrong tee, and since there was a backup on that hole other groups followed.
But there was no info from starter that tees had been moved, no rules sheet etc.

A number of people replied to the tweet saying that the error occurred on the third hole.

Playing from the wrong tee is a two-stroke penalty, but if a player corrects the mistake by reteeing from the correct tee then they can avoid disqualification. In this case, however, there was clearly a major mix-up and a total of 14 players went about their business not really thinking anything of it. In their defense, the starter on the first tee should have mentioned something or at the very least the tour should have had rules sheets.

According to GOLF, Jesser Burghart, who is running the tournament, posted a statement to Facebook defending his decision to boot 14 players from the event.

“I stand by my decision to uphold the integrity of the game and the Rules of Golf,” Burghart said. “Penalty for breach of rules is disqualification. It’s very black and white and one of the most important rules to follow. I’ve heard all the name calling and peanut gallery remarks. At the end of the day we are supposed to be professional golfers. Ultimately it’s your decision to be one or not.”

It’s safe to say the 14 players weren’t happy when finding out the news seeing as how the entre fee into the event was $875, which is a serious chunk of change to flush down the drain for any mini-tour player.