140-Pound Paddlefish Looks Like Someone Mixed A Unicorn, Potbelly Pig, And Water Demon 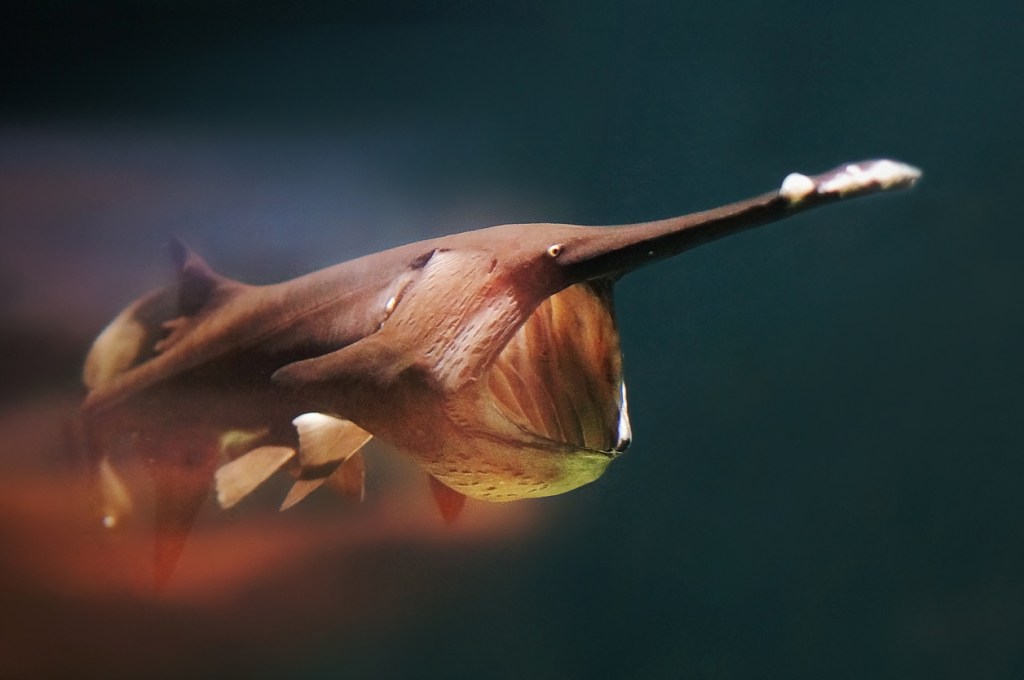 One angler from Illinois just snatched a new Missouri state fishing record by the thinnest of margins. He caught a gargantuan record-setting 140-pound, 10-ounce paddlefish on Missouri’s Lake of the Ozarks. The previous Missouri state record for Paddlefish was 140 pounds and 9 ounces, he beat that record by a single ounce!

If you were the previous record holder and someone swooped in and broke your fishing record by a single ounce, the smallest margin possible, you’d likely be stewing over that. The scales used to certify state fishing records (and IGFA world records) are all certified so even the thinnest of margins (one ounce) are legitimate, but it HAS to sting for the previous record holder.

In a press release, the Missouri Department of Conservation congratulated Jim Dain of Pittsfield, Illinois on his record-setting Paddlefish catch. He landed it on March 18 at the Lake of the Ozarks which is a massive reservoir of the Osage River located in the Northern region of the Ozarks.

Look at this absolute hog of a fish. Paddlefish are such a strange-looking species. They look like someone was creating a new species from leftover parts and just put it together like an f’d up Mr. Potato Head. 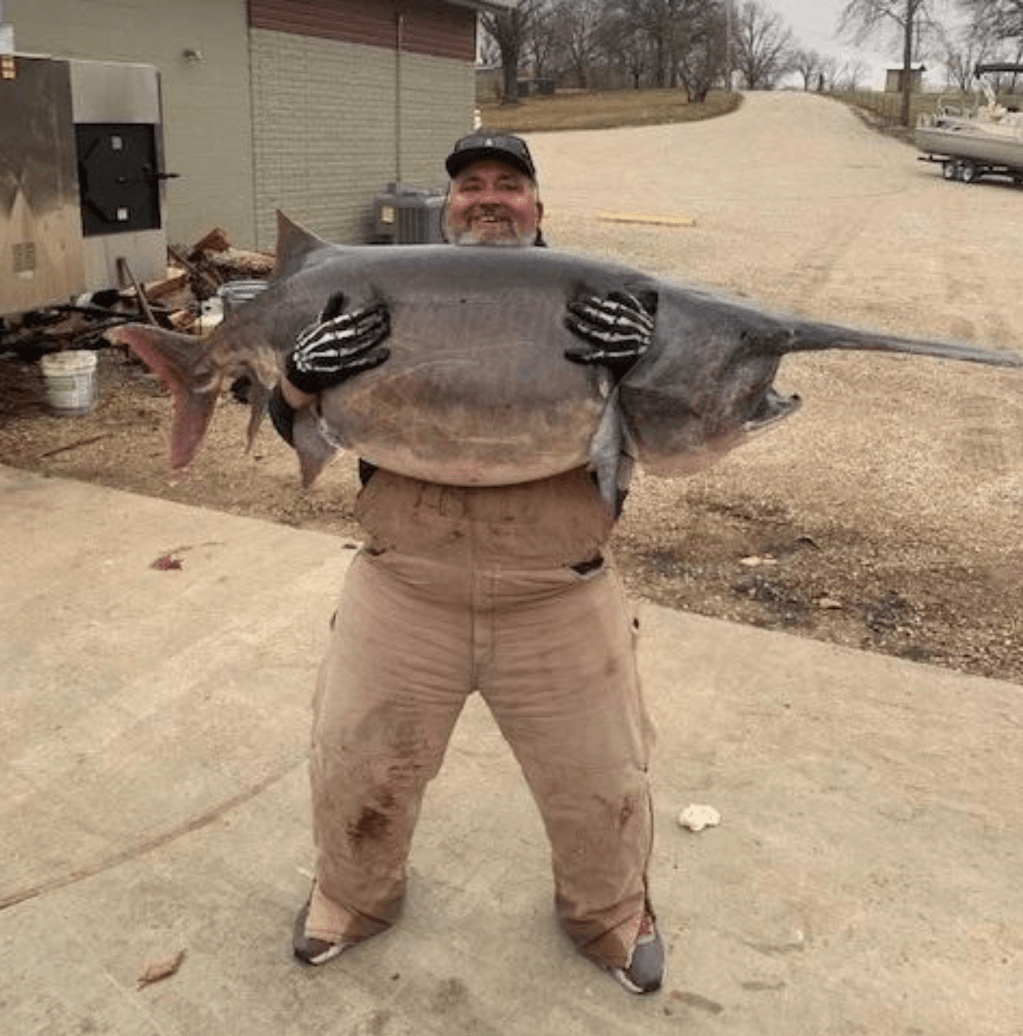 Snagging season is off to a great start for Jim Dain! He snagged this new state record 140-pound, 10-ounce paddlefish at the Lake of the Ozarks!

Jim Dain told the Missouri Department of Conservation it took him “at least 20 minutes” to reel in the fish. He shared his story of his record-setting paddlefish and said “The forecast was calling for storms, and then it changed to no rain, so we went out, but it just kept getting colder. We weren’t having much luck, but decided to fish for another hour so we took another turn. And that’s when the drag on the reel started. It felt like a tree was on the line!”

You know you’ve got a great fish on the line when it feels like you’ve hooked a tree and THEN it starts pulling.

What Happens After You Catch A Potential Record-Setting Fish?

After spending over 20 minutes battling the new state record paddlefish, he got it in the boat and headed back to the boat ramp. Back at the ramp, Jim Dain ran into a fellow angler by the name of Steven Henson who holds a Missouri state record for River Carpsucker. It was Steven who told Dain he should get in contact with the MDC and tell them he had a potential state fishing record in the boat.

Dain said “He was at the boat ramp and happened to hold a state record. He’s looking at the fish and says to me, ‘Boy, I think you should get that checked out because it could be a state record.’”

After that, Jim Dain contacted MDC Camden County Agent Tyler Brown who sent him to Tom’s Slaughterhouse in Montreal, Missouri to use a certified scale to weigh his fish. Tom’s Slaughterhouse was the nearest certified scale capable of weighing anything over 100-pounds. He did, and that’s when he discovered he’d caught the second Missouri state fishing record of the year!

What next? Well, he ate it. And then ate it some more. Then they kept eating it because there’s sooooo much Paddlefish meat to go around.

Jim Dain said “We got 16 one-gallon bags of meat out of this catch. We’ve fried it, grilled it and made paddlefish tacos the other night. We’ll be having paddlefish for a while!”

To learn more about Missouri State Fishing Records you can click right here to read the press release about this record-setting paddlefish.