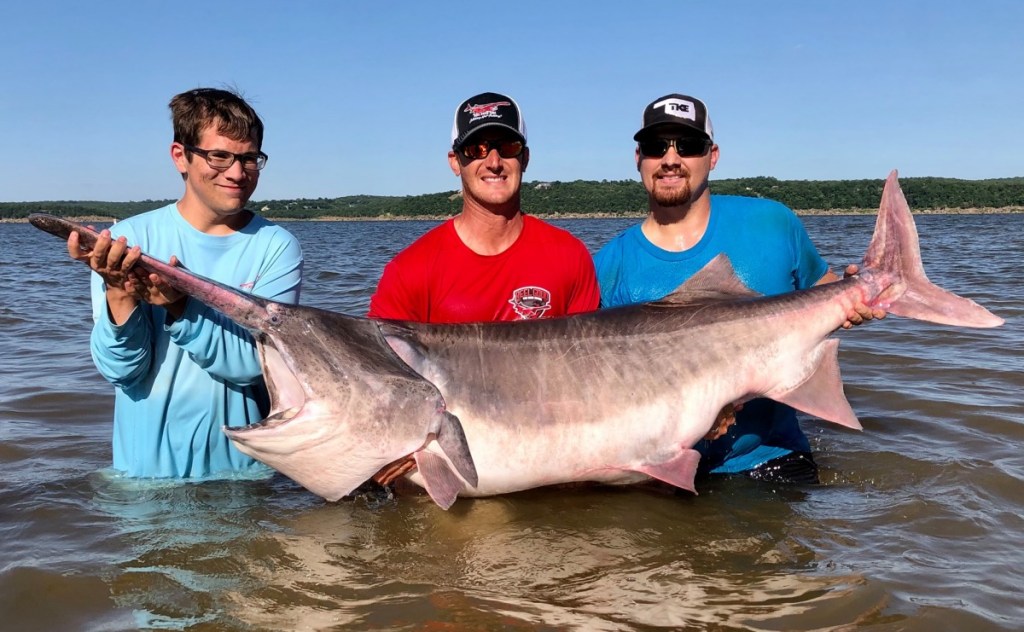 Angler Grant Rader of Wichita, Kansas was fishing on Keystone Lake in Oklahoma when he reeled in a new IGFA fishing world record paddlefish.

The previous all-tackle world record for paddlefish was 151 pounds. That record was ALMOST broken earlier this year in Tennessee. A fisherman there caught a 150-pound paddlefish, just a pound shy of the world record. This latest catch demolished the previous record.

Grant Rader was fishing with Reel Good Time Guide Service guide Jeremiah Mefford when he caught his new world record paddlefish. These are tricky fish to find and catch because they don’t take bait like normal fish.

The Oklahoma Department of Wildlife Conservation (ODWC) announced this new state and world record on their Facebook page. Their caption reads “We have a new WORLD- and state-record paddlefish that was snagged at Keystone Lake on Tuesday, June 22. The beast weighed 164 pounds! Congrats to Grant Rader (left) of Wichita, Kan., on his great catch!” Look at this dinosaur: 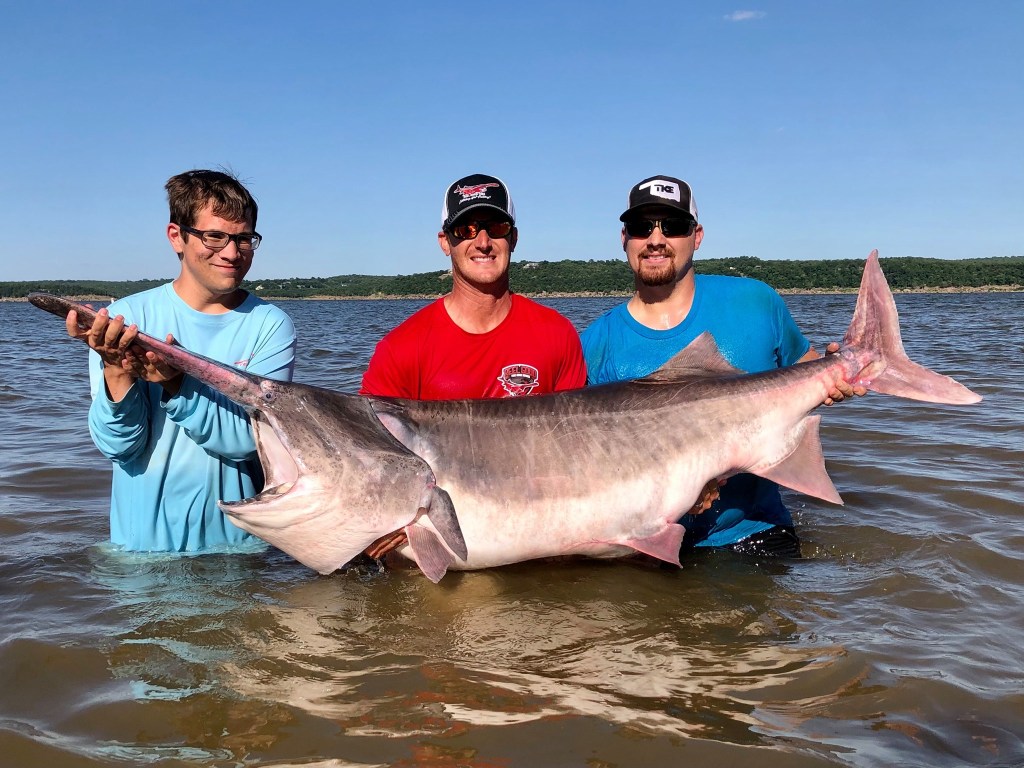 What’s wild is the previous state and world record holder for paddlefish is that guy on the right. He just happened to be there for this new world record catch that Grant Rader reeled in.

They are filter feeders which is the reason for their weird mouths. So in order to catch a paddlefish you need to snag one and then reel it in. These fish can reportedly live over 50 years and grow over 400-pounds but they were nearly extinct in parts of the USA after over-harvesting. They’ve seen received protected status and have been reintroduced in areas where their stocks dwindled.

This new fishing world record is a sign that this species is making a triumphant comeback.

Naturally, the fish was released. These are caught strictly for sport and then released. There was a time when they were kept and mounted because the paddlefish is so wild-looking but those days are long gone.

There’s also a lesser-known species called the Sturddlefish. It’s a hybrid of the paddlefish and sturgeon and it looks equally insane. Check it out at that link!