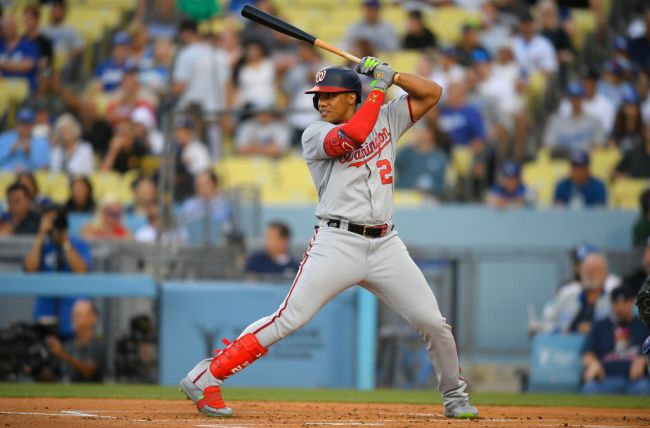 It appears the long list of teams pursuing Juan Soto before next week’s MLB trade deadline is about to get a bit longer.

Now there are two more teams that could be getting ready to enter the Soto sweepstakes. According to Sports Illustrated’s Tom Verducci, the Tampa Bay Rays and Cleveland Guardians are among the list of teams that could meet the Nationals’ asking price to land the 23-year old star.

The Guardians and Rays are among the teams who could push to acquire Juan Soto with the MLB trade deadline one week away, according to Tom Verducci https://t.co/oSCntPZr0Z

In addition to the trade package, Soto will cost a team about $5.3 million for the remainder of this season and about $55 million for his final two arbitration seasons. The Twins are paying Carlos Correa $81 million over the same 2 ½ years. Every team with the hope of winning the World Series in this three-year window must be in on Soto—including the Guardians and Rays.

Cleveland and Tampa Bay? Yes. The pool is that deep.

Start with the obvious teams that are never out of a bidding war because of their resources: the Yankees, Dodgers, Red Sox and Cubs.

Add teams with new ownership who are willing to mortgage the long-term cost to seize this three-season window for a long-awaited World Series championship: the Mets, Padres and Guardians. Never discount new owner motivation as the X factor in these kinds of deals. And add the Rays to this group, not because the ownership is new but because they are desperate to generate momentum toward a new ballpark somewhere.

Soto’s fit with the Rays is obvious. The Tampa Bay Rays have worked their way to a 52-44 record this season and currently find themselves holding the AL’s second Wild Card spot, but have done so despite their offense. THey’ve scored the league’s 22nd most runs this season and could certainly use the boost Juan Soto would provide.

The Cleveland Guardians would specifically benefit from Soto’s power. The team has hit the league’s 2nd least home runs this season. The Guardians currently sit 3 games back of the Wild Card, but Soto could be the piece they need to make a playoff push.

With so many teams seemingly ready to bid on Soto, expect to see this sweepstakes really heat up over the next week.