List Of 2018 Pro Football HOF Nominees Is So Stacked, Choosing Only 5 Seems Impossible 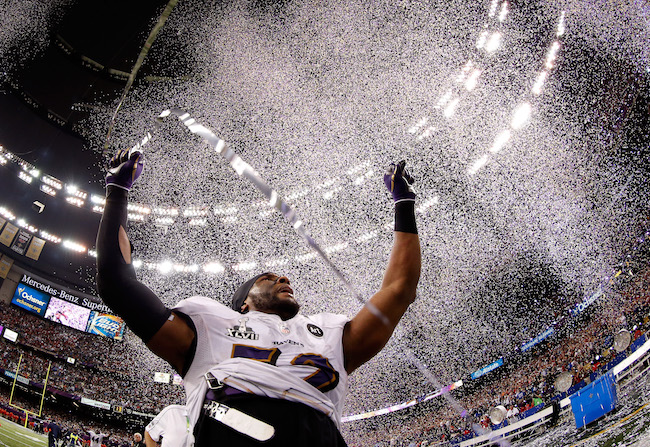 In any sport, choosing inductees into the Hall of Fame is a tough task. Picking only five guys to get inducted from this list of NFL greats might be damn near impossible.

The 15 finalists for the Pro Football Hall of Fame Class of 2018 was announced today. It reads more like the roster of an All-Madden team.

Lewis, Moss and probably Urlacher are locks to get inducted. That leaves two spots left for 2018. Yeah, good luck with those selections.

Congrats to Edgerrin James, his stripper bribe paid off. Unfortunately, he won’t get in this year. Boselli and Hutchinson are both strong possibilities. Brian Dawkins should be in HoF (and that’s tough for a Giants fan to admit) but he might need to wait one more year. Joe Jacoby has been on the ballot almost as long as he played and Bruce, Faneca, Law, Lynch, Mawae and Walls all feel kind of ehhhhhh.

And that leaves Terrell Owens. Owens has gaudy numbers but isn’t very popular with the people responsible for putting him into the HoF. Hell, he’s not even popular on reality shows. Owens should be inducted but it might take a few years of kissing the media’s collective asses to finally get a bust and an ugly yellow jacket.