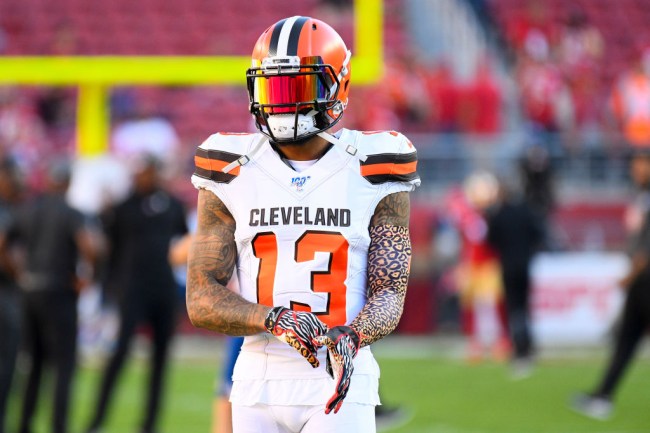 You probably took these players early in your fantasy football draft, hoping they would consistently deliver you fantasy points and help win a championship.

That has no been the case, they’ve struggled, and because of that, you might be sitting in the fantasy abyss.

Let’s look at some early drafted fantasy busts, and see what you should do with them.

It’s tough to watch someone you drafted first or second consistently put up duds. His only touchdowns have come from long plays, and he has three or fewer catches in three of his last four games.

Pittsburgh had a bye to collect itself, and then a favorable schedule is coming. Right now, it will be tough to get anything in a trade for him, so you ride with him, I think his situation will improve.

I’m looking to sell high if the opportunity is there. I think he’ll have more double-digit games this season, but they won’t be as often as last year. The Vikings want to be a run-first offense, despite the last three weeks. Adam Thielen and Diggs will still go off, I just don’t think it’ll be in the same games as last season.

Thielen will most likely miss this week; if Diggs can have another great game, you can get a great return.

It’s not that Mixon isn’t a talented running back, it’s the situation he’s in; the Bengals are the heaviest passing offense with a weak offensive line.

If they can get him involved in the passing game, I like his upside, but he hasn’t reached five targets in any game this season. It’s tough to keep him in starting lineup at this point.

He was a top 10 running back last year, but this season he doesn’t even have a 50-yard rushing game. The Dolphins are in full tank mode and basically are trying out players they see a future with.

Secondly, he just lost his starting job to Mark Walton. He’s barely even worth a roster spot.

I do not doubt Baker’s abilities, but he is, unfortunately, in a bad situation. The offensive line does not give him any time in the pocket and is often trying to force throws on the run.

With how well Nick Chubb is playing and the return of Kareem Hunt looming, this team may look to run to establish an offense. He’ll still have some good games, I just don’t think it will be consistent enough to keep him your lineup.

We keep hoping “this will be Howard’s week.” Buccaneers’ offensive coordinator Byron Leftwich has even stated Howard will get his chance.

With a thin talent pool at the tight end position, it’s hard to find a playable tight end, but Howard has not been productive enough to keep playing him. I’d let him sit on the bench for the time being.

Speaking of struggling Buccaneers, the second-round pick had a bust of a rookie year in 2018. He looked like he was on the rebound for a few weeks as he began to out-carry Peyton Barber, but that has cooled down again.

It’s hard to figure out what this running back situation is; I don’t think Jones is even worth keeping on your roster at this point.

We thought when Gordon returned it would be business as usual, but it has been far from it. He has out-carried Austin Ekeler, but Ekeler’s value in the passing game has made him the better back. The epitome of frustration with Gordon came when he got stuffed at the goal line and fumble the ball to lose the game against the Titans.

If you have the opportunity to get a decent return on Gordon on a team desperately needing a running back, take it with how inept this Chargers offense is. They’ve trailed a lot the last few weeks and have abandoned the running game.

He has played well the last couple of weeks and just caught his first touchdown since Week 1. This could be a time to sell high if you can get a good haul for him.

I wouldn’t necessarily try to sell him because I see a late-season surge. Now with the injury to Will Fuller, the targets are going to jump for Nuke.

He was a touchdown machine last year with 13, but this year has not been the same. He and Andrew Luck had a great connection; Ebron averaged 7.3 targets in 15 games, including four double-digit target games, this season, that average is 4.1 and not one game with more than five targets.

He just doesn’t have a rapport with Jacoby Brissett; it was the same circumstance when he was the quarterback in 2017.

I don’t see the situation improving.

I put these two together because they have equally struggled on this Rams offense that has taken an enormous dip since last year. Each only has one 100+ yard reception game and only one touchdown each.

I feel with the regression of Gurley that this entire offense has felt the impact. I don’t see it improving, their schedule is getting more difficult, especially in the fantasy playoffs (vs. Seattle, at Dallas, at San Fransisco).

If you can find someone who has a need and will give you something of value, I’d go for it.

He isn’t going to continue on this rough streak he’s on, he’s too good of a receiver. Unless you get a great offer, I’d hold on to him and continue with him in your lineup.