Who Will Win The 2019 Open Championship, Who Will Shock Us And Who Will Disappoint 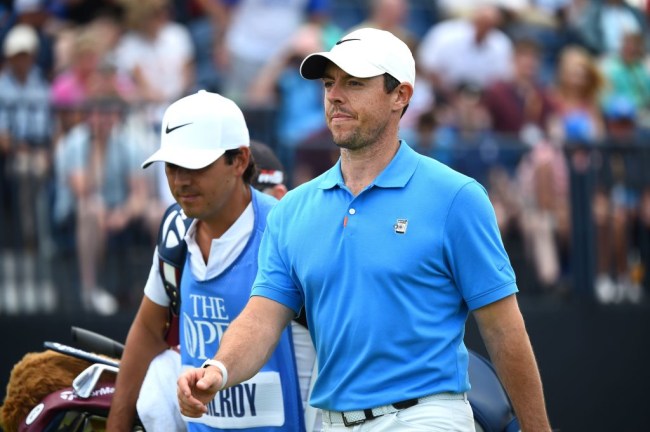 The final major of the year is here as The Open returns to Northern Ireland for the first time in 68 years with Royal Portrush playing host.

When you think of links courses you picture rolling hills, larger greens with wild undulations and meticulously placed bunkers which is exactly what you get at Royal Portrush. The Par 71 track is located along the North Atlantic coast, so there are some insane sightlines as well. While there’s no recent history about the course, it sounds and looks about as links-y as links-y gets.

Whoever hoists the Claret Jug come Sunday they’re going to have had to play all the shots in the bag. Just like most Open venues, Portrush is going to demand different shot shapes and with the threat of some pretty iffy weather, this course could turn into a different animal each day.

With all of that being said, this again is links golf where there’s more uncertainty than anywhere else. Sure, it’s safe to expect some big names rise to the top of the leaderboard, but it’s that uncertainty that keeps other guys in it and quite honestly what makes The Open even that much more enjoyable.

Yep, I’m going with the storybook narrative, Rory McIlroy will win The Open in his home country. It almost feels too perfect of a setting for it to actually happen, but let’s roll with it.

Sixteen-year-old Rory shot a course record 61 at Royal Portrush, and while that may have been 14 years ago and maybe a bit overhyped in the media, it’s still something. He’s someone that obviously feels at home playing links golf plus hasn’t finished worse than fifth at The Open over the last three years.

McIlroy wins his first major since 2014 in his homeland because golf can sometimes feel like a movie and I say we get a movie on Sunday.

The No. 34 player in the world’s last three events have come on the European Tour and his game across the pond has been clicking in a major way. The Spaniard finished T-3 at the BMW International Open, T-4 at the Scottish Open and T-9 at last week’s Irish Open.

The form for Cabrera-Bello is clearly there, plus the solid results on some links-style courses over the past couple of weeks increase his stock as well.

His best finish in a major was a T-4 at the 2017 Open Championship, which came shortly after his last professional win at the 2017 Scottish Open.

Woods told the media on Tuesday his game “is not quite as sharp as [he’d] like to have it right now.” Sure, maybe he’s playing a bit of a mind game with that statement, but then again he’s 43-years-old and also told the media the Masters took a lot out of him.

Nevertheless, Woods has played a total of 10 competitive rounds since winning the Masters. That stretch includes a missed cut at the PGA Championship, a T-9 finish at the Memorial and a T-21 at Pebble Beach.

We can’t discount the fact that Woods has won three Open Championships, but a worn-out Tiger stepping foot on Royal Portrush for the first time ever this week doesn’t sound like a recipe for success.