These Are The Storylines To Follow At The 2019 Open Championship 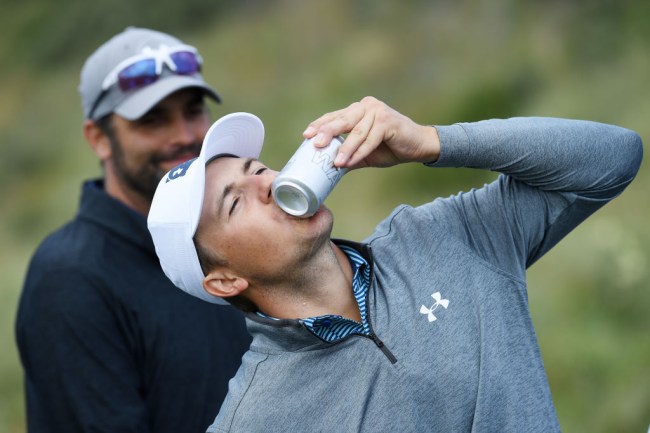 Somehow the final major of 2019 is upon us. I think most would agree that this year’s new-look schedule with a major every month between April and July has been nice, but there’s no hiding the fact it always sucks come final major of the year time.

The Open at Royal Portrush being the final major stop of the year though, yeah, that does not suck. The Claret Jug will be hoisted in Northern Ireland on Sunday for the first time in 68 years, and that’s just one of the many storylines to keep an eye on this week.

5. If These Guys Win Then Serious History Will Be Made

Let’s just jump into the specific number game right off the bat. There are only 13 golfers (yes, ever) that have won more than five majors in their careers.

Tiger Woods is one of those and he’s going for major No. 16, which of course is a big deal on its own. Mr. Woods isn’t the only golfer in the field chasing history however as Phil Mickelson is trying to make that list jump to 14 names as he goes for major win No. 16. Brooks Koepka and Rory McIlroy are chasing their fifth major.

4. A Lighter Phil Mickelson Is Searching For Something

Earlier in the week, Lefty made some news with a post on Instagram telling everyone he’s been on a bit of a retreat and has lost 15 pounds in the process. The man fasted for a bit with nothing but water and a secret coffee blend and had a ‘hard reset.’

The 2013 Open champ heading into the year’s final major 15 pounds lighter and seemingly away from the course for a while is a story on its own. As discussed earlier he’s chasing major win No. 6, but he hasn’t finished better than T-22 in a major in three years.

Spieth has been a massive question mark all year long. We haven’t seen the Spieth of 2015 and 2017 this season, to say the very least. He’s struggled off the tee and the ball-striking has been far from consistent, but the man loves some links golf.

He won The Open back in 2017 – his last major title – and hasn’t finished outside of the top nine in his last three Open appearances. In fact, he’s never missed the cut at The Open, so he’s got that going for him. It’s almost as if he enjoys courses where crazy lengthy and accuracy off the tee aren’t the No. 1 agenda and creativeness and short-game status reign supreme. Who would’ve thunk it?

Koepka’s worst finish over the last four majors has been second, yep, second place. He’s got two Top 10 finishes in his last three Open appearances which show that his game does translate pretty well at the links-style tracks as well.

Koepka is the No. 1 player in the world, and rightly so, but if he could hoist the Claret Jug on Sunday things would be flat-out insane. It wouldn’t shock anyone at all if he did jump to that beyond uber elite status with a win come Sunday.

No, there isn’t a movie about Rory McIlroy in the works as far as I know, but if he wins on Sunday this could very well be the climax of the film.

Painting the picture here, Rory is of course from Northern Ireland, so there’s that layer of the story with the tournament returning here for the first time in almost 70 years.

As for the course, well, McIlroy shot an 11-under 61 at Royal Portrush as a 16-year-old. The course hasn’t changed, so yes, those thoughts from 14 years still serve as positive vibes for Rory, there’s no doubt about that. He returns to his roots, the first venue where he found ‘the zone’ and that’s a scary thought for the rest of the field.

Rory holds 8-1 odds this week as the second favorite behind Koepka who holds 7-1 odds.