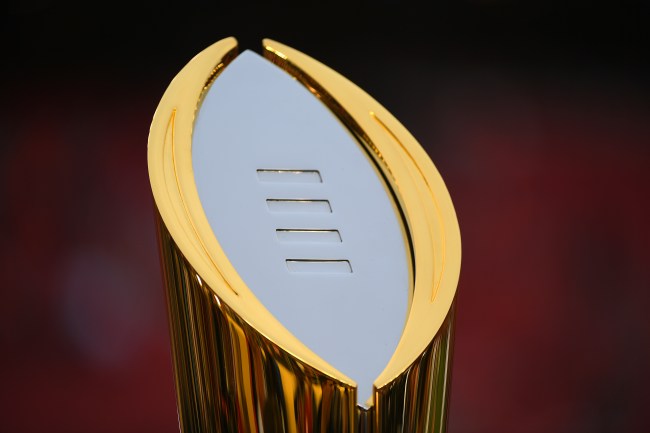 Week 11 has not been a good week in the college football world. With so many games being canceled or postponed due to positive tests and contact tracing, many have suggested that the College Football Playoff and New Year’s Six bowl games being pushed back on the calendar may be the only possible fix to get things close to back on track.

As it stands now, the CFB Playoff semifinal games are set for January 1, while the national championship game is scheduled for January 11 in Miami.

While the thought of delaying the Playoff is just an idea at the moment, Big 12 commissioner Bob Bowlsby admitted that there are some serious conversations taking place at the moment to actually put it into action.

During an interview on SiriusXM Radio on Thursday, Bowlsby revealed that there is “some latitude” to postpone the Playoff as well as the New Year’s Six games.

“I am on the CFP operations committee, and we spent some time talking about that,” Bowlsby said. “We have not come to any closure on it, but there is some latitude to postpone it if that need should arise. The same is true with some of the New Year’s Six games.”

“I don’t know if I see us playing a championship game in February, but you just never know.”

With so many games postponed in college football this year, is there a possibility of moving back the @CFBPlayoff?

If delaying the CFB Playoff and the New Year’s Six games gives teams being hit hard with the virus an extra week or two to try and get in games, then by all means, that’s an option definitely worth exploring.

In case you were born today, 2020 has been a crazy year. Delaying the Playoff would fit right into how this year has gone thus far.