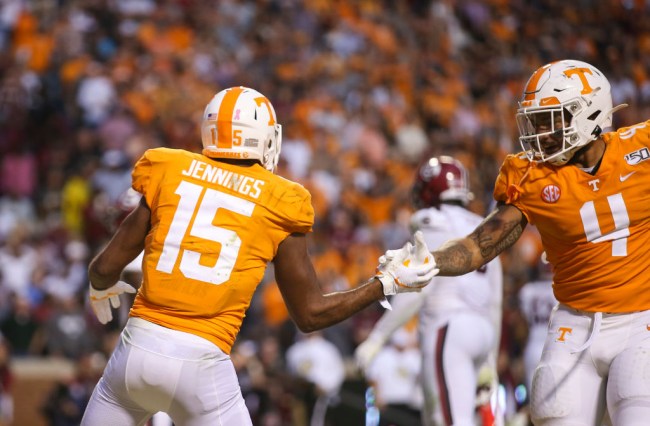 While the fate of the 2020 college football season is still up in the air, it’s no secret that most involved in the decision process are pushing for the season to kick-off as planned. With a number of schools already welcoming back student-athletes for involuntary workouts, it’s clear universities around the country are going to go about things as usual, with of course new health and safety precautions.

College football is a different animal than the NFL in a number of ways, but one of the glaring problems in this instance is the sheer number of schools and teams around the country. Some college towns have been hit by the virus harder than others, some university presidents are on board with a season while some aren’t and there are just a lot of moving pieces to a rather sizeable puzzle.

There is a lot of work yet to take place in order for the 2020 season to take place, whether fans are allowed in the stands or not. Yahoo Sports’ Pete Thamel shared an update involving the NCAA Football Oversight committee that shed some light on a formal proposal set to be brought to the Division-I council soon.

The proposal offers details when it comes to coaches having access to players, when that may be implemented and how long fall camp will be.

That would lead to 6 weeks of camp, which has been assumed will be the recommendation. The two “extra” weeks of camp project as 20-hour weeks. Those would be followed by the typical 4-week camp. These are being added to allow players to get into shape and prevent injuries.

It’s worth noting that fall camps typically last just four weeks, but extending them to six weeks could give players a much needed extra boost to get into game shape.