The 4 Different Gym Personalities: Which One Are You? 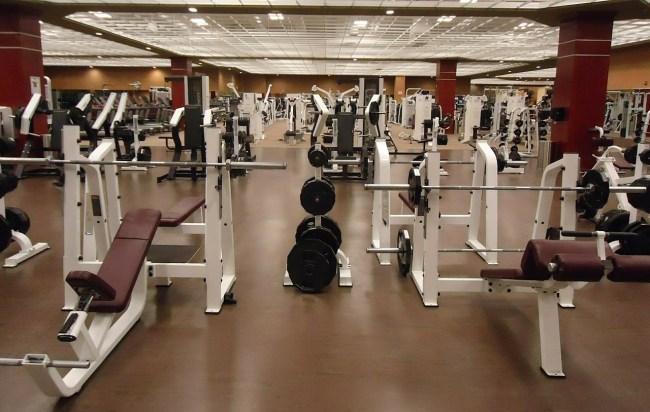 For anybody who was going to the gym more than two times per week, I think it is safe to say our appreciation for being able to go and get a sweat is higher than ever as we continue this quarantine. The things that I used to hate about the gym I now love the most and miss more than anything.

What I miss most though is the four different gym personalities that I was always guaranteed to see every single time I walked into the building. I decided to list them and let you fine folks pick which one you are, because there is no doubting that every single gym has one.

This is a guy that comes to the gym at least six days per week you can recognize just by the way he walks around the place. He’s got a massive build and is almost too big where you may wonder why the guy is even coming anymore. How much bigger and stronger can he possibly get? This is the guy usually wearing a sweatshirt with big headphones on, and an entire gallon of water that seems impossible for him to finish in one gym sitting.

The guy who spends a good 3 hours a day at the gym while maybe only working out for 20 minutes tops. This guy loves the small talk and knows everybody and anybody that walks into the gym. I tend to find these guys even jumping behind the desk at times and scanning people in although they don’t even work there.

The Going Through The Motions Guy

This is the guy that wants no part of being at the gym whatsoever, but he felt like it was the right thing to do. Coming for 30 minutes just to check it off the list and is usually on a phone call or FaceTime mid treadmill run. You may possibly see this guy because he signed up for some 30-day fitness challenge on Facebook that he actually wants no part of.

This is the guy that wants nothing to do with any sort of dumbbells and walks directly to the basketball courts upon entering. He usually brings his own ball with him even though there are 10 basketballs roaming around the court. He’s always a pain in the ass to guard in pick up because he treats every possession like it is Game 7 of the NBA Finals. Expect to see this guy wearing some sort of old school Michael Jordan Wizards jersey.