50 Cent Offers Khabib Nurmagedov $2 Million To Fight In Bellator If He Decides To Leave The UFC, Nurmagedov Responds 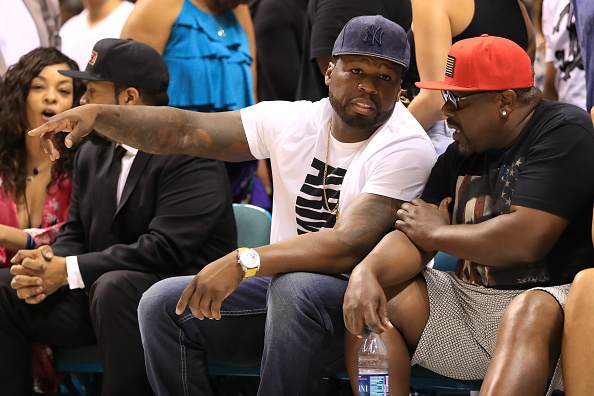 Earlier this week, UFC lightweight champion threatened to leave the UFC if the Dana White promised to ban his teammate Zubaira Tukhugov for jumping into the Octagon and attacking Conor McGregor during UFC 229 brawl

I would like to address @ufc
Why didn’t you fire anyone when their team attacked the bus and injured a couple of people? They could have killed someone there, why no one says anything about insulting my homeland, religion, nation, family?

Why do you have to punish my team, when both teams fought. If you say that I started it, then I do not agree, I finished what he had started.

In any case, punish me, @zubairatukhugov has nothing to do with that.
If you think that I’ll keep silent then you are mistaken. You canceled Zubaira’s fight and you want to dismiss him just because he hit Conor. But don’t forget that it was Conor who had hit my another Brother FIRST, just check the video.

if you decide to fire him, you should know that you’ll lose me too.

We never give up on our brothers in Russia and I will go to the end for my Brother. If you still decide to fire him, don’t forget to send me my broken contract, otherwise I’ll break it myself.

Rapper 50 Cent, who is brand ambassador for Bellator, offered an invitation to Nurmagedov to fight in Bellator if he wants to leave the UFC.

I️ think it’s wrong what the UFC is doing to Khabib, they didn’t do the same thing to McGregor. I’ll pay 2 million cash tonight if he will fight for me at Bellator. pic.twitter.com/K7QYxR4IHI 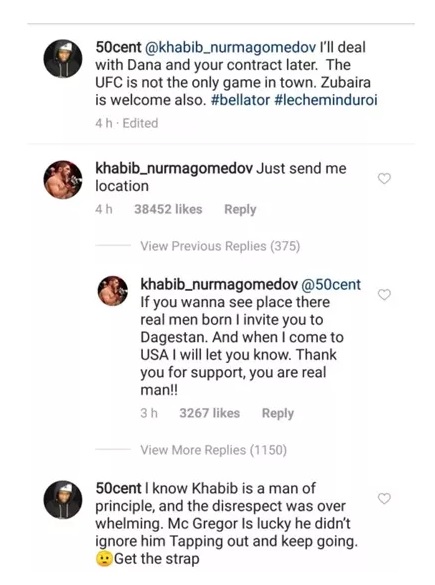 Khabib’s manager Ali Abdelaziz doesn’t seem too interested in the $2 million and thinks his fighter is worth more money.

It is worth noting the Nurmagedov is under contract with the UFC and there’s zero chance that they would allow him to fight in another organization.