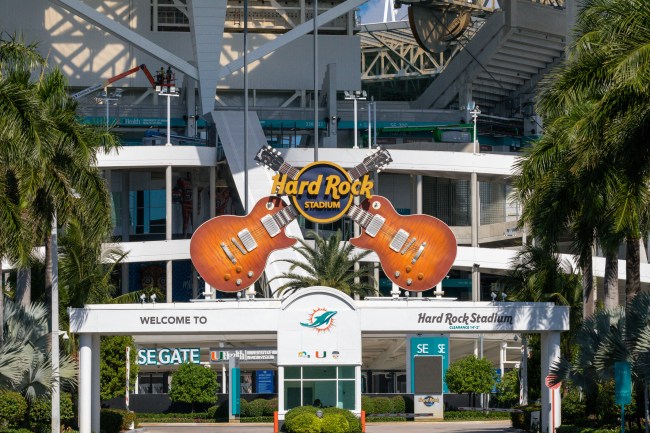 The Super Bowl is the most expensive sporting event in America and it’s not even close. There are other expensive events like the World Series at Yankee Stadium or NBA Finals in Los Angeles. But nothing really compares to the amount of money exchanging hands at the Super Bowl each year.

As of 9:30am this morning, the cheapest pair of Super Bowl tickets on StubHub was listed at $13,898. According to a Rovell tweet, the most expensive single ticket sold for Super Bowl LIV in Miami thus far was an $85,010.48/ticket that was sold in a pair ($170K for 2 tix!!) and those seats are in Club 72. Once you’re in the stadium, you’re looking at spending a small fortune on souvenirs, food, and beer.

But what if you just spent an ass-ton of cash upfront? What would, say, $500,000 tickets get you? GQ Sports was given access to what completely unfettered access at the Super Bowl looks like which included everything from access to the field that comes with the ‘living room boxes’.

I guess I assumed it was implied but I suppose I should clarify that the $500,000 is for the living room box. That’s not a per-ticket price. It’s the cost of the best seats in Miami’s Hard Rock Stadium. Here’s what life is like at the Super Bowl for the obscenely wealthy people that are willing to shell out ungodly sums of money for an event that lasts a few hours.

I’ve only been to the Hard Rock Stadium once and oddly enough it wasn’t for a football game. It was for the pre-season El Classico Miami where Real Madrid played Barcelona in front of a sold-out stadium. I was a guest of Heineken and we were given pre-match access to the field to watch Lionel Messi and Cristiano Ronaldo practice freekicks from like 30 feet away (they both scored in that game, btw).

draymond green has a personalized barcelona jersey on pic.twitter.com/IkxAXPlLxS

After the match, we avoided the stadium traffic by going to the Club Liv within the stadium and getting bottle service for a while. Just living the dream. I have no idea how much that day cost but I know they spent enough on us to buy a starter home (at the very least). And what’s blowing my mind is that it is just a tiny fraction of what will be spent at the Super Bowl. Hundreds and hundreds of thousands of dollars changing hand at this game. It’s pure insanity. And I love it.