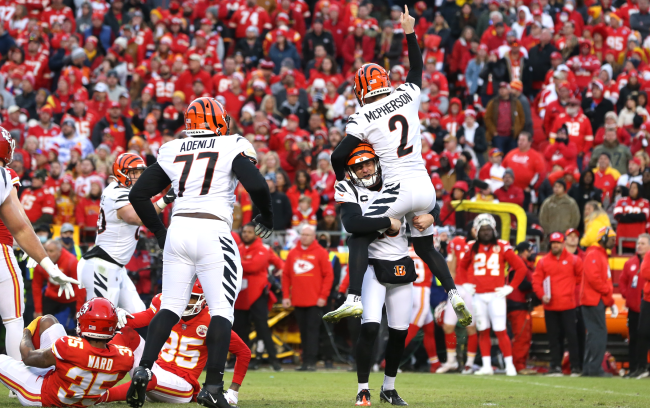 One of the most unlikely sports betting wins occurred this past Sunday when a lucky bettor incredibly picked the correct score for both the AFC and NFC Championship Games.

As a result of this bettor’s ludicrous good fortune, they turned a $20 site credit on FanDuel into $579,000.

Naturally, because it’s great for marketing, FanDuel was quick to share this bettor’s unlikely as hell windfall from a parlay on social media.

The most 𝗜𝗡𝗦𝗔𝗡𝗘 parlay you'll ever see, guaranteed.

The screenshot posted by FanDuel came from an Instagram account for someone going by the handle @jetthonig_, which is currently set to private.

GET THE APP
SIGNUP BONUS30-1 PAYOUT!
MASTERS PROMOBET NOW
Just one problem. The name on the Instagram account, Jett Honig, was quickly discovered to be a high school student who won’t even be graduating until 2025. Ruh roh.

Did an underage kid win half a million betting an NFL parlay?

This troubling bit of news then quickly spread throughout the gambling world because, well, that would be illegal.

In a different Twitter thread highlighting the crazy win, this was seemingly confirmed when people claiming to know Jett Honig made several comments.

“Lmao ur friend is underage and already got found out by Fan dual. He ain’t seeing any of that money,” another person wrote.

SportsHandle.com also reports that a video allegedly showing Honig and his friends celebrating the big parlay win started making the rounds on the internet.

It was at that point that they contacted Kevin Hennessy, FanDuel’s director of publicity, to find out exactly what had happened.

“The Instagram account is the son of the FanDuel customer that actually placed the bet and won,” Hennessy wrote in an email. “The IG account holder does not have a FD account and did not place the wager and any credit the IG account holder is taking can be chalked up to social media bluster and excitement from his father winning.”

Now the real question is, how many kids out there are using their parent’s sports betting app to place bets illegally? I would be willing to wager that it is a lot.

Occasionally, we write about services that are a part of one of our affiliate partnerships and we will get a percentage of the revenue from sales.