6 NFL Games To Consider Betting On For Week 6 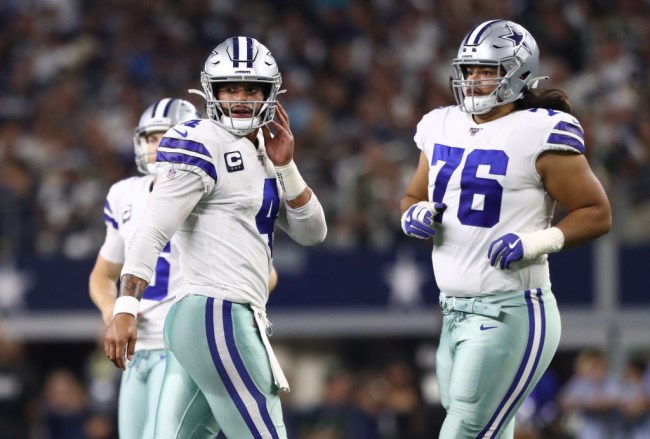 There are also quite of few divisional matchups that could play a factor in playoff implications.

Here are the games you should considering wagering on for week 6.

This is an interesting game to look at: You have the Cowboys who have lost two straight games, including a dud performance against the Saints, but the Jets, even after an offseason of big moves, have come out of the gate looking bad.

Playing with a third-string quarterback for 2.5 games plays a factor in the rough start, but the Jets defense is 25th in points-per-game with 25.3.

Even if Sam Darnold returns, I don’t think this offense will be able to keep up with Dallas’ offensive weapons.

The 49ers are the only undefeated NFC team remaining; they could be legit, or it could have to do with the fact their opponents this year have a combined record of 6-14.

Sean McVay and the Rams badly want to avoid a third consecutive loss, and back-to-back losses in the division could put them out of contention in the NFC West.

Some are saying this is going to be one of the highest-scoring games in NFL history, but I don’t think this hype is going to deliver.

I do think it’ll be a high-scoring game, but like the Kansas City and Baltimore game went under, I think this game also goes under.

Washington Redskins vs. Miami Dolphins (42 Over)

If you combine the 32nd ranked Dolphins offensive points-per-game (6.5 points) and the 30th ranked Redskins (14.6), they would still only be ranked 17th in the league. Interesting enough, those are also where each rank in points they give up per-game.

With the Dolphins giving up 40 points-per-game and the Redskins relinquishing 30, I think this has the opportunity to be a high-scoring train wreck.

Dog of The Day

With watching the performances of these two teams last week, I don’t know how Seattle can only be favored by 1.5 points.

While the Seahawks put up 30 points against the Rams, the Browns were so bad on Monday night against the 49ers that coach Freddie Kitchens opted not to have Baker Mayfield play in the last series of the game.

I just think how well the Seahawks are playing, they’ll command of this game.

Most predicted the NFC North would be a three-team race, but with the Lions 2-1-1, they currently sit in second.

Detroit had Kansas City on ropes a couple of weeks ago until a game-winning Chiefs touchdown with 20 seconds left.

While Lions offense is trending upwards, the Packers defense is going in the opposite direction. Green Bay has given up 58 points in the last two games.

I think the Lions can leave Lambo covering this 4.5 spread, and maybe an overall win.