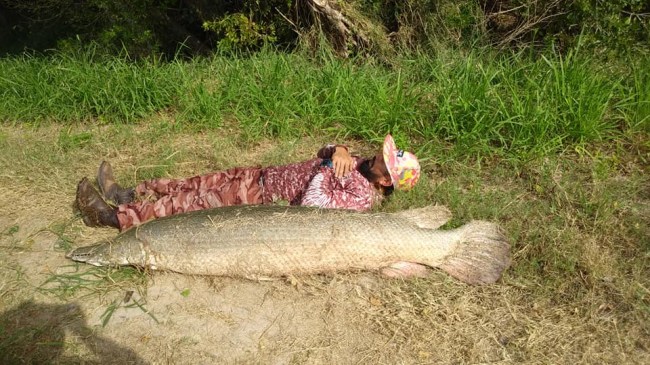 A kayak fisherman from South Florida nearly found himself swimming back to dry land during a fight with a prehistoric fish. When it was all said and done, angler Chris Hernandez who was cool enough to grant me the privilege to use his photographs for this article, reeled in a 200-pound Alligator Gar that was longer than 7-feet.

Hernandez was fishing a river just outside of his hometown San Benito, Texas, it’s a city just inland from South Padre Island for anyone out there who isn’t well versed in the geography of Texas. What stands between San Benito and the Gulf of Mexico is the Laguna Atascosa National Wildlife Refuge, an area rich with waterways and wildlife. This makes for some excellent Alligator Gar fishing.

Alligator Gar are generally a fish reserved entirely for sport fishing since the vast majority of people who catch them don’t eat them. They’re often targeted by bow fishermen (archery fishing) because these pre-historic fish tend to sit up near the surface and are often large enough to spot from the bow of a boat. 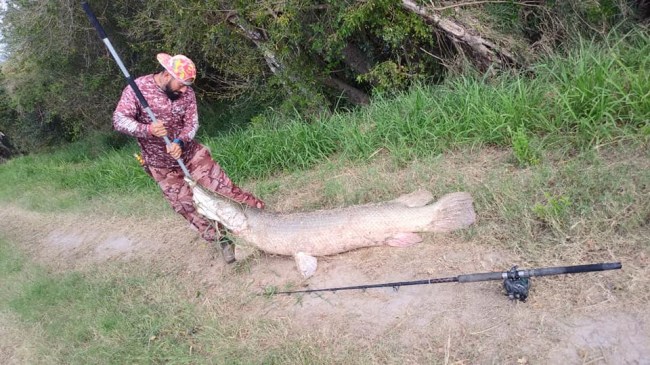 In a Facebook post, Chris said he fought this Alligator Gar for a solid 40 minutes before subduing the fish and he told For The Win he was nearly knocked out of his kayak at one point and into the water when this powerful fish hit his boat:

“It was just a quick flip from the tail that hit my yak causing my yak to shake back and forth,” Hernandez told For The Win Outdoors. “If my yak would’ve tilted a couple more inches, it would’ve took in water.

“At one point my rod was halfway in the water while the gar was taking line. My upper body was [so] tired that I thought I was going to lose my rod to this dinosaur of a gar.” 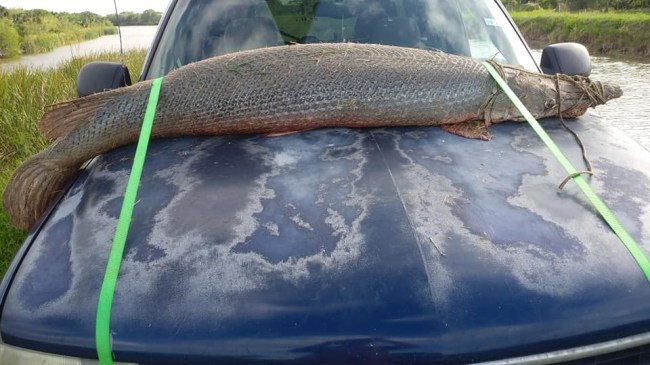 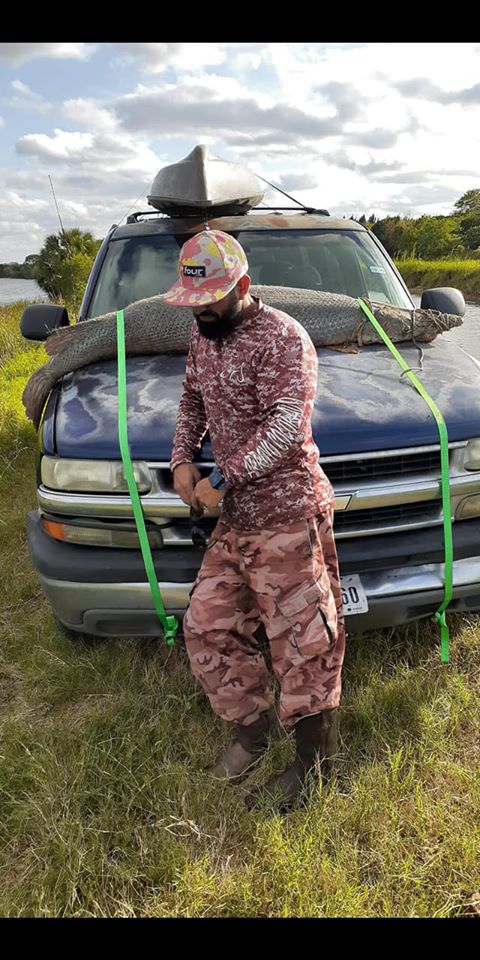 I’ve never actually caught one of these fish myself. I’ve caught various species of gar (on accident) while fishing rivers and river mouths for Snook and Tarpon but I haven’t been fortunate enough yet to land an Alligator Gar. In my home state of Florida, they’re really only found in the Panhandle which is a solid 5-hour drive from where I’m sitting right now.

This species dates back 100 million years in the fossil record, according to For The Win, and that’s why they’re often referred to as living dinosaurs. For more on this remarkable catch, you can click here to read another article over on MySanAntonio.com.