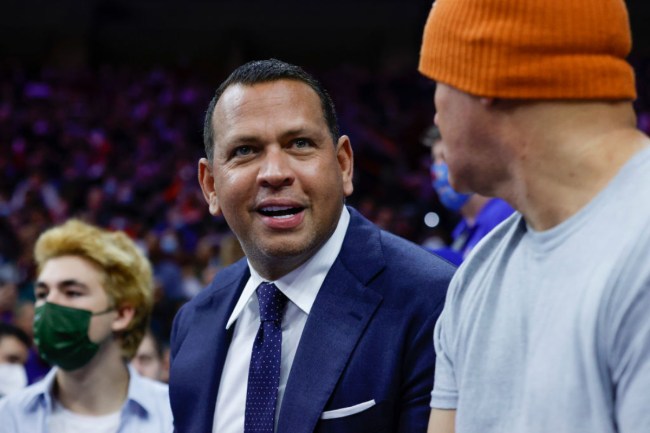 With ESPN’s ‘Manningcast’ with Peyton and Eli Manning this season being so successful, the worldwide leader in sports wants to test the same concept with its baseball broadcasts this upcoming season.

Rule No. 1 for any broadcast to work is that viewers have to enjoy watching and listening to the hosts and ESPN may have forgotten that rule based on the reactions to the news.

According to Andrew Marchand of the New York Post, ESPN’s MLB ‘Manningcast’ spinoff will be hosted by Alex Rodriguez and Michael Kay, the TV voice of the New York Yankees. The pair will call anywhere between 10-12 games this upcoming season.

“The exact format of the “Kay-Rod” broadcasts has not been finalized, but presumably will include guests, just like Peyton and Eli,” Marchand writes. “ESPN has been doing alternative “Megacasts” for years, so it has a wide variety of choices to pick out of its bag.”

Even the most casual of baseball fans know that A-Rod isn’t exactly the most beloved guy in the sport, and certainly isn’t the most enjoyable to listen to for four straight hours. Adding Kay to the mix, the voice of one of the most loved and also most hated franchises in all of sports seems like a bold strategy as well.

Baseball fans are not on board with this idea, to put it lightly:

This can’t get any worse🤮🤮 https://t.co/WnJaUx57Gg

Look idk what baseball did that was wrong or why they want to kill the game but I swear someone just wants to see all of baseball burn https://t.co/oXnTYvtY6s

would rather get lit on fire than watch this https://t.co/knuNiCsCgS